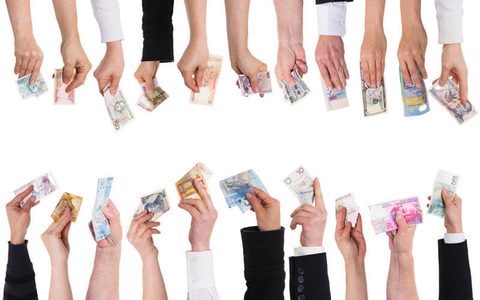 A new study finds women are more successful at seed crowdfunding than are men. (miriam-doerr/Getty)

What exactly is crowdfunding? According to PwC, it is “a disruptive innovation [that] has provided new routes to funding for individuals, startups, and growth businesses. It enables them to engage and interact directly with the market and with thousands of backers, supporters, customers and potential partners like never before.”

And more specifically, seed funding is financing that is raised by startups at a very early stage. Since its inception, seed crowdfunding’s footprint has continued to spread, with the levels of finance raised through the nine platforms analyzed in this report jumping from $10 million in 2009 to over $767 million in 2016, with backers from over 200 countries.

Overall, in the United States and United Kingdom—the two countries with the largest volumes of such campaigns—20% of male-led campaigns reached their targets, compared with 24% and 26% of female-led campaigns, respectively.

Indeed, while men clearly use seed crowdfunding more than women, just 17% of male-led campaigns reached their targets, compared with 22% of female-led campaigns. Overall, campaigns led by women were 32% more successful at reaching their funding target than those led by men across a wide range of sectors, geography, and cultures.

Crowdfunding Centre CEO and cofounder Barry James commented, “Who could have expected that when the middlemen are removed from the equation, and women and men entrepreneurs get equal and direct access to the market, it would turn out that women would, immediately and decisively, outperform the men, across the board?"

This report, James said, shines “a new light on the endemic imbalance and the causes that have long fueled limited access to finance for female entrepreneurs via traditional financing routes. That only half as many women currently embark on a crowdfunding campaign is undoubtedly a reflection of low expectations stemming from the same roots.

“So, in that light, it's time to readjust not just our expectation[s] and perceptions but our attitudes, institutions, behaviors—and the way we make decisions."