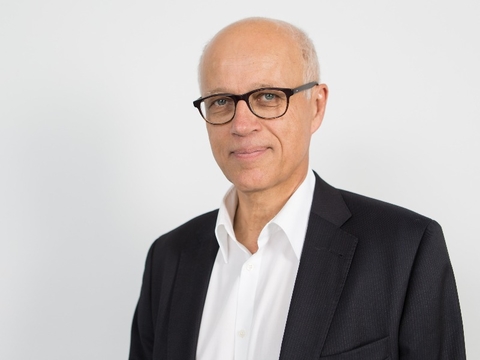 Starmind International CEO Peter Waser is using AI to leverage employee intelligence to answer any question a staffer might have.

Ranging from “Where can I get paper clips” to “How do these two molecules interact,” employees have the answer to these questions at their fingertips through Starmind’s technology that uses algorithms to steer them to the co-worker with the correct answers.

“This is something I was always interested in,” Waser told FierceCEO. “It lets the skilled worker share his know-how, his brain, with others.”

Waser joined Starmind 2 years ago after a career in the software, technology and telecommunication industries. He was at IBM for 10 years before moving to Microsoft Switzerland, where he became general manager of services for Western Europe.

Starmind was formed in 2010 by computer scientist Marc Vontobel and neuroscientist Pascal Kaufmann, the latter of whom worked in a DARPA laboratory on projects that included machine-animal cyborgs. He was thinking about the prospect of using AI to create a large interconnected brain to solve problems. From there, the two built the algorithms and technology and the result was Starmind, an AI-powered database that tracks who within a company is the best person to talk to about a given issue.

Starmind is an AI-based platform that integrates within a company and uses neuroscientific-based coding to learn which employees specialize in what topics. In doing so, the potential for collaboration among employees is expanded, Waser said.

Instead of being limited by factors such as location, social circle, or time zone, Starmind facilitates communication with the person in a company best suited for a given task, regardless of where they are, Waser said. The alternative—databases—can be hard to retrieve information from and can have outdated information.

To use Starmind, employees type into an entry field on their computer. The system will look at a database to see if the question has been asked before. If no information is turned up, the algorithm directs the user to three or four people within the company who best know the answer.

Starmind is designed using AI that learns from mistakes and forgets irrelevant data as it absorbs more information. Over time, Starmind itself will learn and catalog the answers to frequently asked questions and offer them to the user instantly. The system has been implemented at a number of global companies, including Bayer Pharmaceuticals, Nestlé, Munich Re, J. Walter Thompson and Gerson Lehman Group.

Starmind has undergone a series A round of venture capital funding and is planning a series B. The company also has shareholders. Waser declined to say how much has been raised so far because of plans for the series B round.

Based in Zurich, Starmind is developing plans to expand into a New York location, its first in the U.S. and seen as a toehold to build growth here. Starmind is also putting more investment into growing the algorithms to make them more appealing to firms that could use the technology to help staff projects, Waser said.

35 years ago. I wanted to change the way other CEOs were doing things, to make them more efficient and effective.

Are there things you think you can do better than I do?

What is a key opportunity for new revenue?

Trying to look for synergies in the market.