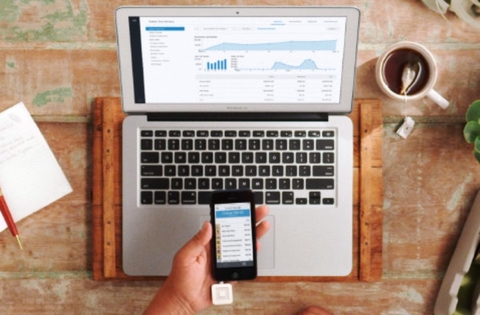 The new unit, to be based in Utah as a standalone operation, will be capitalized with $56 million in cash. (Square)

San Francisco-based Square—a fintech company that started out with the idea of providing small merchants with a credit card reader for smartphones—is applying to enter the banking business, according to a report by The Wall Street Journal.

The company submitted an application to the Federal Deposit Insurance Corporation on Sept. 7 to form a wholly owned bank that would serve small businesses with loans and deposit accounts. The new unit, to be based in Utah as a standalone operation, is set to be called Square Finance Services. It will be capitalized with $56 million in cash, the Journal said.

Specifically, Square is applying for a charter to form an industrial loan company—an entity that has many of the same privileges as a traditional bank, but also can be part of a larger, diversified corporation. Sixteen other industrial banks are currently licensed to operate in Utah.

Indeed, Square would be the third financial-technology company to pursue a banking license in recent months, following similar moves by online lender Social Finance in May and by digital-banking startup Varo Money in July. All three had jumped at the opportunity following an endorsement earlier this year by the Trump administration of the idea of giving bank charters to financial technology firms.

Square had been offering small-business loans and cash advances through its unit, Square Capital, since 2014 via an agreement with Celtic Bank, another Utah-based small business-focused lender. To date, the company told the business news outlet, it has extended more than $1.8 billion in credit to more than 141,000 firms.

“As we scale, it’s becoming increasingly important that we have direct relationships with regulators,” Jacqueline Reses, who leads Square Capital and will be the chairman of the bank, told the Journal. The acting CEO of Square’s bank will be Lewis Goodwin, who recently joined Square from Green Dot, where he was a member of the management team for the banking subsidiary of the prepaid debit card company.