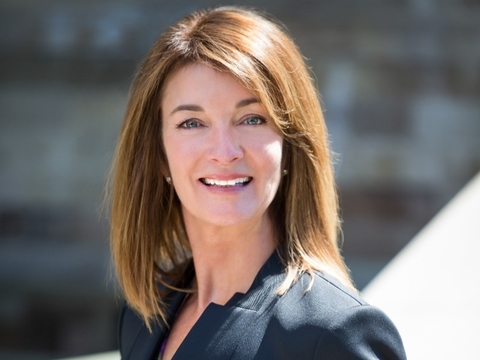 When not researching systems to prevent strokes, you might find Silk Road Medical CEO Erica Rogers on the dance floor or acting in a staging of “The Sound of Music.”

Rogers estimates the markets for these products is $1 billion annually. The company sells them to hospitals primarily through direct sales in the U.S.

Silk Road Medical is working on other similar products, Rogers told FierceCEO. “We have pipeline products that are in and around what we do.”

Rogers has been CEO of Silk Road Medical since 2012 but doesn’t exactly stick to the CEO script.

Her degree is a bachelor of science in zoology, and she attributes much of her career success to being a “T-shaped” individual, or someone with abilities that cross one another. In Rogers’ case it includes combining science and performing arts skills. She has been involved in community theater, appearing in two musicals in the last 10 years, and is an amateur ballroom dancer. Rogers is also an avid cyclist.

“It comes from a strong belief system that successful people are more ‘T-shaped,’” Rogers said. “It helps to be a better leader when one is more well-rounded.”

She is involved in “singing, playing the piano, dancing to keep that part of the brain active,” Rogers said. “All day I’m doing business and science. We spend our CEO lives doing very cerebral things. For me it’s about keeping the creativity neural pathways alive.”

As for her degree in zoology, “it is a discipline of science,” Rogers said. “You take a more critical view of everything.”

Rogers said she uses “that element of science every day” and gave as an example the critical thinking it helps spawn. The approach appears to be meeting with success. Rogers has led the company through product development, clinical trials, U.S. Food and Drug Administration approvals, and, in 2016, commercial launch.

Silk Road also has the private equity and venture capital communities behind it. Since its founding in 2007, the company has raised close to $90 million through Warburg Pincus, The Vertical Group, Norwest Venture Partners, Janus Henderson Investors and CRG. Silk Road was founded by The Vertical Group, a venture capital firm and incubator with a history of investing in the medtech space.

Rogers credits the company’s culture for its progress.

“We hire deeply motivated, experienced professionals,” she said, “and have a culture where people don’t bury their mistakes—they champion them. We end up with this transparent, excellent, fast group of people.”

Rogers’ career has largely been in the medical field, having served as COO of Medicines360 before her latest position, EVP of Nanosys, CEO of Allux Medical and co-founder of Visiogen.

I knew about 25 years ago I wanted to lead human beings to do great things.

Tell me something you have taught yourself lately.

Expanding our revenue opportunities outside the U.S.