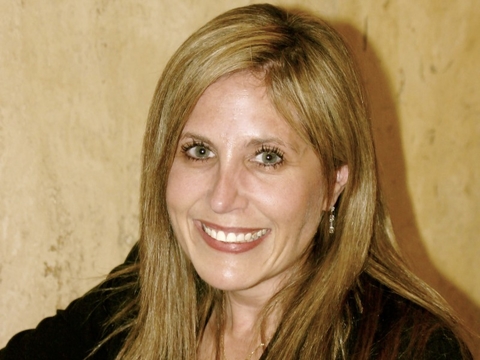 Sharon Estroff, CEO of Challenge Island, is taking adventure learning to the next level.

Estroff also came through what she describes as the unfortunate acquisition of her company, which was subsequently unwound just three years later.

“Because of my experience with that company (which she declines to name) I would be very wary of having another investor,” Estroff told FierceCEO.

Her own 15-year-old company, she said, has gone on to considerable success, on the cusp of marking its first year with a million dollars of revenue through its franchise model.

Challenge Island also continues expanding in the U.S. and abroad. The company has more than 70 franchises in 21 states and five countries, including Singapore and Egypt. Qatar is opening this summer.

Challenge Island has diversification plans in front of it, like operating in assisted living facilities, offering the STEAM program. Older people love it, Estroff said. “They really want to learn.”

Overall, “It’s been the most amazing experience,” Estroff said of an endeavor that came to her soon after her fourth child was born.

In 2002, the second-grade teacher was at the height of what she calls her “Dr. Jekyll and Mrs. Hyde” phase. By day she was a teacher with a classroom full of students. By night, she was a stressed-out mom who could barely muster the energy to help her own kids with their homework.

Estroff knew it was time for a career change, but as an educator born into a family of educators, she did not want to stray too far from the classroom. She took Challenge Island, an education program she created for her elementary school students, and started offering it as after-school enrichment classes in nearby schools.

Challenge Island was a hit, she said, and before long, Estroff had created a profitable home-based business that she could run around her family’s busy schedule. With the rise of STEM and STEAM in the educational marketplace, Estroff believed other markets had a need for Challenge Island, too.

She began offering franchise opportunities, which cost $40,000 for a series of contiguous zip codes to stake out as territories and also include curriculum. Franchisees pay Challenge Island 7% of what they make.

In a very old school manner, children are not given any digital technology to aid their learning. “They are already on their phones all day long,” Estroff said.

Her biggest challenge has been “to have the strength to stick with my gut,” Estroff said.

She also said rapid growth isn’t easy. “Our franchisees are at different points, so you need to be able to provide for everyone,” she said.

I often think of myself as an accidental CEO, but I know the people bringing this program across the country need a CEO.

I really need to get a good feel for how they act outside the box.

What are important traits for a leader?

Editor's note: This article has been updated to remove a pop culture reference in characterizing Challenge Quest.