CEO Roundup—Columbus, Ohio, commuters to get a free pass; Infosys CEO steps down 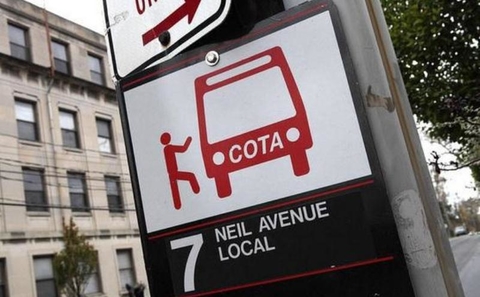 Ovewr 40,000 commuters in Columbus will be offered free bus passes next summer in order to leave their cars at home. (COTA)

Downtown business interests in Columbus, Ohio, say rents are down and the office vacancy rate is rising—simply because there’s no place to park, according to a report by Slate. Now, the city has come up with an ingenious solution: Rather than engineer more spaces, the Capital Crossroads Special Improvement District has opted to offer 43,000 downtown workers free bus passes for 18 months starting next summer. The passes will be funded by a tax on downtown office building owners but made possible by COTA, the regional transit agency, which is reducing the annual cost of a bus pass to $40.50 from $744. The hope is that 4,000 to 5,000 workers will sign up. If successful, the program would free up 2,400 parking spaces in the downtown area of Columbus–the equivalent of four parking garages. The move follows an 18-month trial that concluded in January and supposedly doubled the share of bus commuters among 844 employees at four companies. Slate article

Vishal Sikka has resigned from his post as CEO at India-based IT services firm Infosys after writing a lengthy letter blaming "personal attacks," according to an Aug. 18 report by BBC. In the letter, Sikka, who had been with the company since June 2014—and had been tasked with turning around the struggling business—said the "continuous drumbeat of distractions" contributed to his decision to step down. BBC said that the move followed disagreements between the company’s board, also headed by Sikka, and its founders, who still own 12.75% of Infosys’ shares. They had questioned a pay raise received by Sikka, as well as the amount of severance payouts given to other employees. In his resignation letter, perhaps written under stress, Sikka covered a wide range of atypical and unrelated topics—from artificial intelligence, to the Charlottesville tragedy, Brexit, and U.S. President Donald Trump—in his explanation for the decision. "Over the last many months and quarters, we have all been besieged by false, baseless, malicious and increasingly personal attacks," he said. Infosys COO U. B. Pravin Rao will take over as interim chief executive, the firm said. BBC article