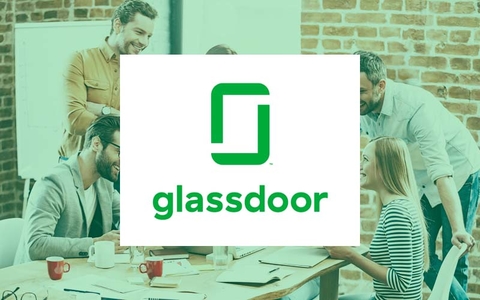 Inspired, high-touch leadership is a key factor in attracting qualified job candidates to U.S. companies, based on polling results released on June 20 by Glassdoor, an employment search and recruitment website with offices in Mill Valley, California.

Glassdoor routinely surveys what it claims are its 41 million unique users about their current employers, drawing from their anonymous responses to build a growing database of CEO approval ratings, company rankings, salary reports, interview insights, and more.

For this year’s Employees’ Choice Awards for the Highest-Rated CEOs, Glassdoor used employee comments to identify the top 100 CEOs in Canada, the United Kingdom, France and Germany, as well as the top 200 CEOs, broken into two different categories, in the United States: half in companies of 1,000 or more employees and half in small and medium-size organizations of fewer than 1,000 employees.

However, the names of this year’s top C-level stars may surprise you. Warren Buffett, Tim Cook, Jeff Bezos, Bill Gates, and Michael Bloomberg are nowhere to be found among the top executives on any list. And several of the mightiest leaders have fallen from their previously higher rankings.

Indeed, many of the CEOs that placed prominently this year offer brands that are household names, but their own monikers are nowhere near as recognizable:

“I congratulate all of the winners,” said Glassdoor CEO Robert Hohman, noting that the average score for a CEO in the global survey was a mere 67%. “We know that CEO approval ratings correlate to overall employee satisfaction and trust in senior leadership—[both of which contribute to] long-term employee engagement, ultimately helping an employer’s recruiting and retention efforts.”

So what does it take to win over American workers? Brady Harris, CEO of Eliot Management, a Fort Worth, Texas-based payments processing company, told FierceCEO in a June 22 interview that his high-touch management style emphasizes employee validation and engagement.

Harris, who placed third on the 2017 list of 100 Highest-Rated CEOs for U.S. Top Small & Medium Companies, told us, "The one common thing that the highest-rated chief executive officers have in common this year, which you find in their employees' feedback and comments, is that [each of them is] connected to every level of the organization.

“Traditionally,” he said, “senior and executive management have had a reputation for being detached and distant from front-line workers. Above all else, my leadership philosophy is to have open relationships and open channels of communication with every level of your workforce. I have an open weekly President's Book Club, visit offices in person, randomly call employees to introduce myself and to congratulate them on their strong performance, and try to make sure to form committees comprising employees at all levels and in all departments

“Employees know the struggles of the business,” Harris stated, pointing out that their experience and skill sets should be recognized. “They want to be heard, they want to be validated in what they face day in and day out.”

“This ultimately breeds trust and confidence between executives and employees – and I'm very happy to see that trust manifested in this year's nomination.”

Similarly, Justyn Howard of Chicago-based Sprout Social, who placed number one on this year’s small and medium-size U.S. list, is known for taking a personal approach to employee management. “The leadership is amazing,” one anonymous marketing staffer responded to the Glassdoor survey. “It’s rare that a CEO will pull you into his/her office to make sure you’re happy and get your input on organizational changes, but it illustrates Sprout’s focus on culture (and that starts at the top).”

Rallying round the corporate vision

On the other hand, Clorox CEO Benno Dorer, who topped the list of the 100 Highest-Rated CEOs for U.S. Large Companies for 2017, characterized his inspirational management approach as simple and straightforward in a video interview with Glassdoor: “You envision the future and then you rally people around it.”

Indeed, as a leader, he tries to meet employee expectations for strength and guidance, and then let staffers run their own programs as autonomously as possible.

“It is important as leaders that what we try to do is to make the tough calls,” the Clorox chief executive stated, adding, “Our employees really expect us to be decisive and make those calls that no one else can make—and then to empower them to make calls, themselves, as well.

“I engage with my people in the ‘when’ but I leave it up to them on ‘how’ they accomplish their goals,” said Dorer. “We try to empower people to accomplish what they do best and then stay out of their way and create a really supportive environment.

“We also measure employee engagement on an annual basis—and, in fact, my own pay is based on how engaged my people are. We always look at ourselves as a people company. We are a ‘small’ big company, in that we have big company capabilities—but we are small enough for people to matter.

“Ideas, I like to say, trickle up from the lunchroom and not from the boardroom,” Dorer concluded.

Or is it high tech, high ratings?

Finally, many of the leaders of high-tech companies seem to have achieved mastery of the high-touch approach that employees appreciate and that managers in other industries are only approaching.

“Technology is the most-represented industry among the top 100 highest rated CEOs,” Scott Dobroski, Glassdoor community expert, told the online trade publication TechRepublic. “This isn’t surprising, as tech is a booming industry that has driven innovation across all markets, including in workplace culture and management practices.”

These top tech CEOs share several overlapping characteristics, according to employees, Dobroski said. “First, employees at these tech companies thrive on strong, mission-driven cultures led by the CEOs, and [value the internal emphasis] on making a real impact on the world, including at companies like Google and Apple,” he said. “Employees also appreciate the transparent leadership style exercised at companies like Facebook and Salesforce.”