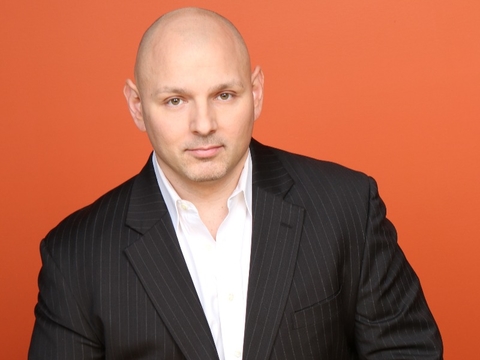 Paul Szyarto is very active as CEO of a multitude of companies. (Szyarto)

The term "serial CEO" fits Paul Szyarto well. He carries the title at eight companies, seven of which he founded.

“I am a serial entrepreneur,” Szyarto told FierceCEO. “I have a unique ability to see opportunity and take advantage of it.”

Szyarto has been operating businesses since he was in the third grade, when he put designs on pencils and sold them. By the time he was in the seventh grade, Szyarto said he was making $7,000 a year selling candy to his schoolmates.

“In the beginning I did it for survival; now I do it for fun,” Szyarto said. “We all have the ability to be successful business people.”

Szyarto credits the U.S. military for having “organized my mind” and helped him get an education.

He has B.A. degrees in business and computer studies and a masters in project and program management, as well as in financial accounting, with the latter coming from Oxford University.

All told, he says, he has started 30 companies over the last 22 years.

His primary company right now—which he did not start and, he says, pays the best—is Campana & Schott, where he has been CEO of the Americas since 2015.

Campana & Schott is an international management and technology consultancy with more than 300 employees in Europe, the U.S. and Canada. As CEO of the Americas, Szyarto has responsibility for that unit’s strategic planning and profit and loss management.

Szyarto cited as accomplishments while he has been at Campana & Schott:

Szyarto also founded seven other companies and serves as their CEO, but does not run them day-to-day, opting instead “to build a team at each and have them implement my vision.”

The grouping reflects his interests and affinities and includes:

Businesses are generally flipped in a two- to four-year timeframe, Szyarto said.

In all his endeavors, Szyarto says he finances “everything. I believe in the 'cash is God' theory. Investors fracture ideas.”

He also said he is “always looking at and analyzing people. I see everyone as a potential partner or a customer.”

He also has to deal with employees and that, he said, is his biggest challenge. “Getting staff is the most difficult,” Szyarto said. “Millennials especially believe they will make so much money right out of the gate.”

What motivates him? “I love making companies better for a living,” Szyarto said. “It’s incredibly enjoyable.”

When I was very young I told my mother I will be a CEO and have a big house.

Making sure I am working as hard as I can for the people who work as hard as they can for me.

Open your eyes. Watch and learn from the people and businesses around you.