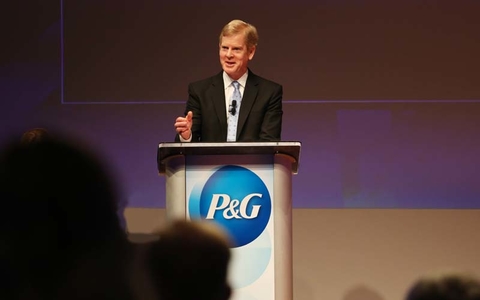 Nelson Peltz is making a big push to be part of Procter & Gamble’s board, but the company’s chief executive officer, David Taylor, isn’t sold, according to reports.

During several meetings, “he hasn’t asked about strategy, people, what we’re doing,” Taylor said about Peltz in a Bloomberg article last week.

Peltz, who founded Trian Fund Management, which owns about $3.4 billion of P&G’s stock, told Bloomberg that he found the talks amicable. Saying the company has been slow to innovate, he’s looking for P&G to reorganize, criticisms that Taylor rejects.

“We’ve certainly been willing to listen to him,” Taylor said in the article. “What he hasn’t returned is a genuine interest to understand the transformation the company’s going through.”

P&G board member Frank Blake, former CEO of Home Depot Inc., supported Taylor, saying that the company is in the midst of a turnaround that’s already making progress. “If this were at the very beginning and someone said, ‘I have a ton of ideas,’ that’s a different situation. We’re two years into this,” Blake said in the article.

Patrcia Woertz, another board member, said that Peltz’s experience at companies such as H.J. Heinz and Cadbury Schweppes doesn’t translate to P&G’s marketplace. “We see food differently,” Woertz, former CEO of Archer Daniels Midland Co., said in the article. “In fact, we got out of the food business several years ago as a result of seeing the differences.”

In a 93-page whitepaper that Trian released last month, the company recommended that P&G reorganize into three units—beauty and healthcare; fabric and home; and baby, feminine and family-care products—each with a regional director in charge of its operations.

The company has already separated about 70% of its business into 10 categories since Taylor took the reins in 2015.

To bolster his argument, five former Heinz board members wrote a letter last week on Peltz’s behalf, according to the New York Post: “Like you, many of us had feared that Nelson’s presence would disrupt the effectiveness of our Board process and derail the execution of our strategy. However, just the opposite proved true. Nelson respected the view of his fellow directors and proved to be a constructive force and an important cohesive and collegial voice in the boardroom.”

The article notes that Peltz held five Heinz board seats after a hard-fought proxy battle in which he sought five.