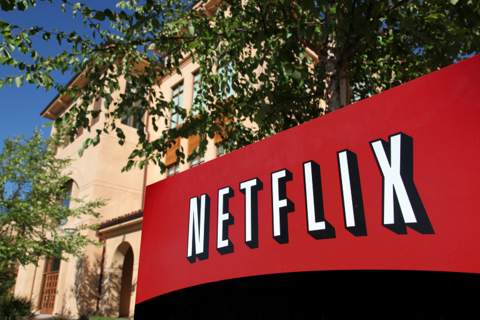 The $133 billion company is overhauling not just the entertainment industry, but the approach to board governance, too. (Netflix)

Netflix has not only revolutionized entertainment delivery, but it has also built a new model of corporate governance, a report shows.

What started with some DVD deliveries has become a $133 billion company that generates its own content and gives new meaning to on-demand entertainment. Behind the scenes, the company has also redefined the corporate governance structure in a way that brings the board of directors closer to managers and “arms them with a rich and accessible trove of operational information,” according to a recent article in Insights by Stanford Business, part of the Stanford Graduate School of Business.

“As the elected representatives of shareholders, corporate directors are supposed to monitor management’s performance and conduct, weigh in on strategic decisions, and ensure a CEO succession plan is in place,” the article added. But directors often end up contributing to what Stanford professor of accounting David Larcker calls “the information gap” because they lack “the critical information and intimate knowledge of the company’s operations needed to make well-informed decisions.”

He and Stanford researcher Brian Tayan interviewed Netflix CEO Reed Hastings and seven of the company’s nine outside directors to find out more about the company’s procedures. They found that board members attend monthly and quarterly senior management meetings as observers, and communications to the board are usually 30-page, analysis-laden memos that have hyperlinks to relevant data on Netflix’s internal computer systems.

“Being armed with the memo before the board meeting makes for ‘an intelligent and informed conversation,’ according to one director,” the article said.

Netflix directors spend twice as long preparing for board meetings than their counterparts at other companies, the researchers found, but meetings are often shorter because the attendees are so well informed. What’s more decision-making happens faster because the of the openness, the directors said.

One downside to the setup includes the potential for leaking proprietary information, but that has not happened, Larcker said in the article. Additionally, it’s tough to directly tie the openness to Netflix’s success, he added, but “I suspect that the Netflix culture is the key driver of value, and the open board process supports the value creation process.”

Companies looking to replicate Netflix’s arrangement might have a tough time, the researchers said, in part because of its infrastructure that allows for data sharing. “Many companies do not have companywide systems that enable data sharing,” according to the article.

“I think it would be hard to put this type of system in place at older and more mature organizations. Innovative organizations that want and need the insights from board members can clearly adapt this type of approach,” Larcker said in the piece. “You need a CEO who wants a high level of discussion about strategy, etc., and is open to alternative points of view.”

Startups and smaller companies are more likely to pull off a Netflix-style governance makeover, the researchers concluded.

Read more on
Board of directors Corporate directors governance Netflix