NRF: Congress is striking out with BAT 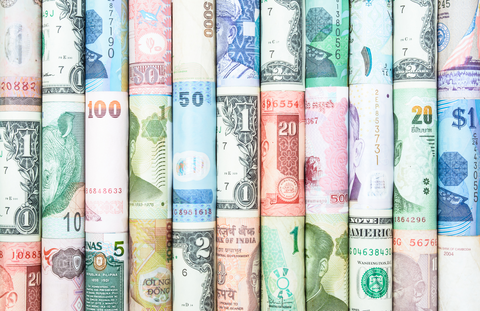 Retailers say an increased tax on imported goods would force them to raise prices. (Getty/Wara1982)

On July 13, the National Retail Federation sent a letter to the U.S. House of Representatives’ Ways & Means Committee urging members to consider small retailers and their employees when reforming the nation’s tax code. Specifically, they it said small companies would suffer more than larger ones under a proposal to create a Border Adjustment Tax (BAT) that would drive up the price of imported merchandise.

The committee had scheduled a hearing for that day, focusing on “how tax reform would benefit small businesses,” grow the economy and create jobs. To date, NRF has led the retail industry in advocating for comprehensive tax reform that would broaden the tax base and lower the rate.

Retailers are particularly vulnerable to such tax because they first have to purchase their inventory before they sell it in their stores. And if they sell a lot of imported items—clothes, electronics or general merchandise—they could see a major tax hit under the proposal, according to a CNN report.

In addition, retailers are concerned that a border adjustment tax would raise their prices, which would hurt sales and profits.

Indeed, according to NRF, the BAT provision would end importers’ ability to deduct the cost of merchandise purchased from other countries, resulting in higher prices for consumers. NRF estimates this could cost the average family as much as $1,700 a year—and $350 per year for clothing, alone.

“Small retailers are probably the business group that is hardest hit by the potential impact of the BAT,” NRF Senior Vice President for Government Relations David French said. “They do not have the economies of scale to be able to reduce the higher costs of their merchandise with the BAT imposed and are most likely to lose sales to lower-priced competition. We hope to work with [Ways & Means] toward an alternative to the BAT and protect small retailers and the almost 17 million jobs that they contribute to the U.S. economy.”

French said the 20% BAT that would be created under the “Better Way” tax reform plan proposed by House Speaker Paul Ryan, R-WI, and Ways and Means Committee Chairman Kevin Brady, R-TX, would effectively move the nation toward a consumption tax structure rather than the current income tax structure.

“Our small retail members are very concerned about tax reform efforts that might shift the burden of taxation to consumption,” he said. “Increased costs to the consumer will cause sales to decline and result in a contraction in their businesses.”