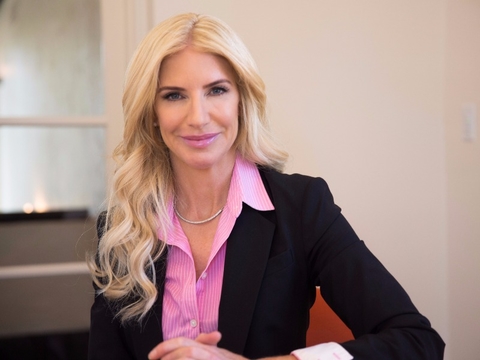 Jennifer Crute-Steiner is the new CEO of Castlewood Treatment Centers, a company that treats people with eating disorders.

Riverside said in a press release that it sees many avenues for growth for Castlewood.

“We will work to improve awareness of Castlewood’s services through outreach efforts, increasing capacity at existing facilities, and adding clinics both through acquisition and de novo efforts,” said Riverside Principal John McKernan.

Crute-Steiner said that in her new role, she is focused on building upon “the excellent clinical reputation of Castlewood, as well as promoting a culture of innovation, growth and accountability.”

The nearest term growth opportunity is a new residential facility in Birmingham, Alabama, that will bring the number of these facilities to three. Castlewood also offers partial hospitalization at three sites and three outpatient locations. It operates in California, Missouri and Alabama. Crute-Steiner says there is a need for just this type of mental health care company.

Mental health is “the last frontier” in healthcare, she said. “We’ve ignored it, stigmatized it. There has been very little insurance reimbursement,” although the Affordable Care Act is somewhat helping.

“I am fulfilled helping people in a very vulnerable part of their lives,” Crute-Steiner said. “On the business side, it is very fulfilling to lead a growing company in an emerging sector.”

Her style as a CEO can be described as “female,” she said. “While men and women fall on a spectrum of leadership behaviors and attributes, there are certainly those that are more characteristically female,” with women often being more attuned to communication, collaboration, empathy, mission building and relationships. Crute-Steiner believes that these characteristics yield a healthy company, both culturally and financially.

“I believe I cultivate” those traits, Crute-Steiner said.

She looks for staff that “have a mission orientation, are capable of taking on many tasks, have a strong work ethic, humility and are willing to learn when they make a mistake.”

She is working on the company’s values, but “commitment to clients”—about 90% of whom are female—is already at the top.

Her career advice is, “Don’t underestimate what you are capable of.”

And as for being an executive running an enterprise filled with people at their neediest, Crute-Steiner cites a fitting example of what she feels is a top CEO quality. “Vulnerability.”