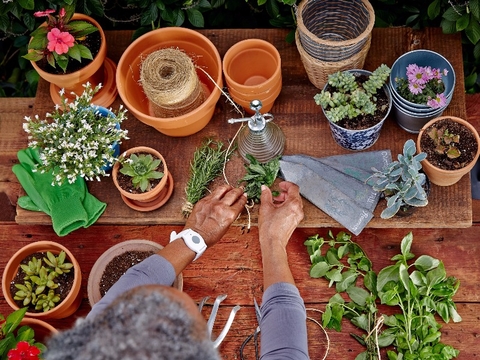 Medical Guardian CEO Geoff Gross is out to remove the stigma from medical alert systems, devices most commonly known for spawning phrases like, “I’ve fallen and I need help.”

Gross envisions people over 70 using the devices, which are worn around the neck or wrist as an ancillary assister, offering—in addition to emergency services—such things as medication reminders and transportation support. The company rolled out its “brand evolution” in October to attempt to change the sentiment that these devices are just for the sick and feeble.

“To change the perception of medical alert systems, we are adding to our line of offerings to better meet the evolving needs of modern older adults,” Gross told FierceCEO. “Traditionally, [the systems] featured not much more than a button to push in case of an emergency. We believe that by offering products that work harder to alleviate some of the simple, daily challenges of aging, older adults will value them more and are more likely to have them at their disposal if an emergency arises.”

The company revamped its website and advertising “because we want to promote a more accurate representation of older adults in America,” Gross said. “We evolved our brand to better reflect the priorities and lifestyles of our customers.”

Medical Guardian is trying to change the way medical alert systems are thought of, because “It’s currently an underpenetrated market,” Gross said. “Low consumer adoption stems from a stigma associated with traditional medical alerts devices, which tend to be bulky and unattractive" and offer a push button as their only feature.

Gross said the company “understands that when customers do not need to use that single feature in a few months’ time, they believe they no longer need the device and opt to go without its potentially life-saving protection. We strive to offer devices that provide multiple capabilities, so they are utilized as an ongoing tool to support healthy aging in place.”

Getting people on board

It has been a challenge. “The largest we've encountered is the general perception of our service to consumers and the fact that most qualified prospects have trouble identifying themselves as a candidate for a medical alert system,” Gross said. “While there has been tremendous market awareness created for our service over the last 30 years, the negative stigma with putting an emergency button on makes most people delay getting our service until an emergency happens.”

The “brand evolution” rolled out in October “was directly pointed at breaking through the perception issue and helping the addressable market understand that if you are 70-plus and live alone, you are a candidate for our service,” Gross said.

As for mistakes, “I’d say the biggest lesson I had to learn in this business journey was luckily made at the beginning,” Gross said. “Initially there were people on our team who weren’t a good fit for the company or invested in our long-term success. While it was a painful lesson at the time, it was an important one to learn.”

Now, when reviewing candidate resumes and conducting interviews, “We’re looking for people who are mission-driven,” Gross said. “The corporate culture in our office is one of transparency and collaboration—we want our team members to come together to brainstorm and share ideas that will continue moving our business and industry forward.”

Take risks to reap rewards is among the career advice Gross gives. “A lot of people tried to discourage me at the beginning when I signed a lease for the first Medical Guardian office and hired 35 people,” he said. “They thought I was crazy. But now we’re one of the leading providers in the medical alert industry with more than 200 employees.”

Even “when approaching the ‘brand evolution’ many told me not to rock the boat, things are working great,” Gross said. “My response whenever I hear that is, ‘Yeah, but think how great things will be if we really do it right.' My advice for any business leader is that if you truly believe in your company and vision, don’t be afraid to take the chance and truly embrace change.”

His parents played a major role in influencing him. “My dad was a serial entrepreneur who ran many successful businesses in home security, real estate and franchising,” Gross said. “I learned from him early on that if I wanted to build a great business I was going to have to put in the hard work needed seven days a week. He showed me that surrounding myself with a great team coupled with consistency and vision will produce great results.”

His mother “really taught me about optimism and developing perseverance,” Gross said. “My mom not only has the most positive attitude of anyone I know, but also a doctorate in psychology. I would say my leadership style incorporates much of the skills I learned from my mom and she probably has given me the best advice of anyone: ‘Dream it and anything is possible.’"