Matt Harris, CEO of Sendwithus, is making it easier for companies to create, manage emails 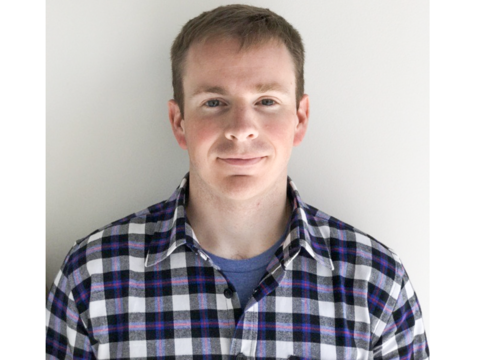 Matt Harris, CEO of Sendwithus, is all about email.

The Sendwithus software platform was developed to make it easier for companies to create, approve and manage emails, Harris said. “Typically, email creation falls to developers because a lot of coding is needed. But the task is loathed by developers, so it often gets pushed to a lower priority and opportunities get lost.”

The emails Harris is talking about include airline reservation confirmations and Facebook notifications that a friend has liked a photo you posted.

Sendwithus “allows a marketer or other nontechnical person to jump on a trend or opportunity its data or market news shows and create an email using precoded email templates to target a customer or group of customers quickly,” Harris said. “Emails are often hard to manage from a branding standpoint because everyone from a product manager or community manager to HR sends them out, so their service also streamlines branding and updated logos, colors, taglines are used.”

The whole idea with Sendwithus, Harris said, “is to let marketers do what they do best: use data and creative campaigns to target customers with the right message at the right time, but take away the technical barriers that kept them relying on developers, or manager sign off.”

And Harris has major ambitions for this emerging business. “We think we can be bigger than anyone out there,” he said.

The company was founded in 2013 when companies Harris was freelancing for were looking for him to make email creation and approval easier and he saw a need for a solution.

Sendwithus really got a burst of energy this past fall when it received $5 million in venture funding. Harris said it is likely he will go back for another round.

The company already has some high-caliber clients, including Microsoft, Autodesk, Zillow and Blue Apron.

A sense of community is very important to Harris. Sendwithus is headquartered in San Francisco but has an operation in Victoria, Canada, and when the company was first setting up the Victoria office, employees would invite in other contractors to program for fun. The first year saw a turnout of nine. This past February’s gathering drew over 600 people.

The same principle is applied when the entire company is given the chance to go over the financials.

“It’s important,” Harris said. “People make better decisions when they have that information.”

He guides the company with this in mind: “How do you build a profitable company, not just a big one.”

He has been involved in technology since he was young and never thought he would be a CEO. But he likes the fit. “I enjoy working with executives and directors on solving their problems,” Harris said.

“I like people and it’s rewarding to me to hire really good ones that become leaders in the community in different capacities,” Harris said.

What would your last boss say about you?

I think about this business all the time.

The customer. I want to ensure they are solving problems with our software.

You have to listen.

What is the key to finding new revenue opportunities?

Talk to your customers and solve their problem.