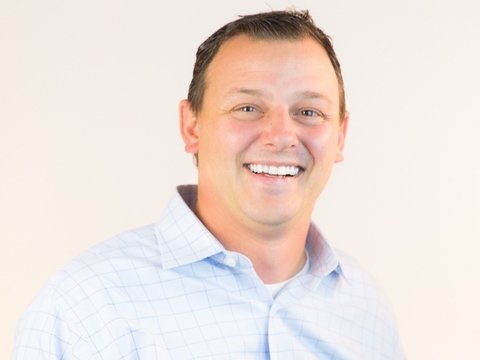 As CEO of MannKind, Michael Castagna is overseeing the creation of medical treatments that are inhalable instead of being dispensed through injections.

The company’s first product, Afrezza, treats diabetes through a plastic device that goes in the mouth, with the user breathing in. It is used at mealtimes and acts rapidly, and can potentially save users 1,000 needle sticks a year, Castagna said.

Afrezza “allows people to live in the moment and be in control of their disease,” he told FierceCEO.

So far, Afrezza, which was approved by the U.S. Food and Drug Administration in 2014 and began selling commercially through pharmacies the following year, is the only treatment MannKind is marketing. It remains the only treatment of its type, and Castagna says he does not see any competition coming to market for at least seven years.

But another treatment from MannKind may not be too far away. The company this month finished a phase 1 trial for an inhalable treatment for pulmonary arterial hypertension. Right now the treatment is dispensed by nebulizer, tablet or infusion pump.

MannKind is not currently working on other, specific, inhalable treatments. But, Castagna said, the company’s technology can be applied to hundreds of treatments and MannKind has already formulated more than 40 treatments by turning them into powder for inhalation.

MannKind was founded as a biopharmaceutical company in 1991 by businessman Alfred Mann, and in 2001 merged with two other companies owned by Mann, who was a large shareholder in all.

Castagna joined the company two years ago from Amgen, and has held positions at several other pharmaceutical giants like Bristol-Myers Squibb, Novartis, Merck KGaA and DuPont Pharmaceuticals.

To Castagna, inhalable treatments “are a great way of delivering drugs efficiently.”

MannKind is a publicly traded company, having had its initial public offering in 2004. Shares were over $35 in June of 2015, as Afrezza was debuting. The stock currently trades for around $2 a share.

Investors departed because Afrezza didn’t become the blockbuster it was hoped to be, InvestorPlace said.

“Sales have failed to live up to excessive expectations,” wrote InvestorPlace analyst Joseph Hargett. “As a result, marketing partner Sanofi SA bailed on the drug, leaving [MannKind] to fend for itself in marketing Afrezza.”

Spencer Osborne of Seeking Alpha said, though not necessarily facing bankruptcy and while seeing some improvements over the past couple of years, MannKind “has been living the corporate version of paycheck to paycheck for quite some time.”

Castagna said the fault was with MannKind before he came on, and in the time he has been there, MannKind has replaced 70% of its staff as a way of restructuring.

The company spent $2.9 billion getting Afrezza to market, and MannKind didn’t operate like a well-run pharmaceutical company, Castagna said. “We have to get the information out there. We’re already well on our way and Wall Street will catch up.”

In 1998. I was in pharmacy school and decided to go down the business healthcare side.

I try to see if people are curious and want to learn.

To unify people and to clear roadblocks and make people successful.

Nothing. I feel very good about the direction of the company.

Managing the tools we have today.