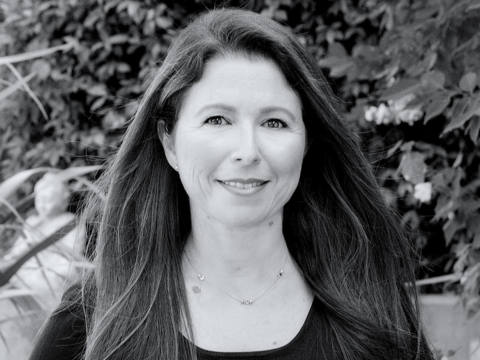 Laura Yecies took the reins as SyncThink’s CEO on Wednesday and is wasting no time trying to strengthen its positioning as a pioneer in diagnosing disorientation, a major concussion symptom.

To fuel anticipated growth and expand the platform's capabilities, the company just closed a $3.5 million series A-1 round, led by Quadrant Management, in January.

SyncThink, founded in 2009, “is at the forefront of one of the most important health issues we are facing—protecting and optimizing our brain health—our fundamental intellectual and emotional identities,” Yecies said.  “Brain health has been called America’s next moonshot for good reason—it is the least understood human organ and medical interventions are tricky.”

SyncThink’s multi-modal platform, EYE-SYNC, integrates the VR headgear with a cloud-based solution to record data and subsequent analytics. The technology received FDA clearance in 2016 "to record, view, and analyze eye movements in support of visual tracking impairments" common in concussion. The company's founder, neurosurgeon Dr. Jamshid Ghajar, hopes to leverage the platform for other applications beyond concussion diagnosis.

EYE-SYNC is in use by sports teams—mostly universities including the Pac-12 Conference and the University of Texas—and some professional teams, like the NBA's Golden State Warriors.

Right now, the hardware for the EYE-SYNC system costs about $6,000, but Yecies says by next year that cost will come down to $1,000 to $2,000 as hardware makers come out with cheaper, integrated eye-tracking camera-fitted headsets.

“They will be available at a much lower cost to allow us to grow beyond elite sports teams and medical clinics to the broader athletic community,” Yecies said.

SyncThink has also brought on additional salespeople and NFL tight end Coby Fleener to its Athlete Advisory Board.

More NFL players will likely be added, Yecies said. As for customers, Yecies said, “Right now we are putting our attention on [university] teams and are in discussion with a number of professional sports teams.”

This is Yecies’ third stint as a CEO; her previous positions were also tech related.

She headed a cloud software company, SugarSync, which provided a sync and share solution, and Catch, a leading note-taking app she sold to Apple.

She is familiar with the woman-as-CEO scenario, in this case in Silicon Valley.

“It’s definitely challenging because there are not many of us,” Yecies said. “But some are breaking out.”

The system “in one or two years will be widespread in clinics and sports teams,” Yecies said. “We see it as a very broadly used metric.”

Yecies said she feels like she’s coming home in joining SyncThink. “Many of my family are doctors, so I like the idea of working in this field,” Yecies said.

It was in 2006. It was my third time working as a general manager of a business unit and I said to myself I should be CEO.

Communicate the strategy and work with the team to accomplish it.

What is a good way to tap new revenue?

Determine who has the most urgent version of the problem and sell to them.

What do you know now that you wished you had known 5 years ago?

As a CEO, you need to communicate strategy more often than you think.