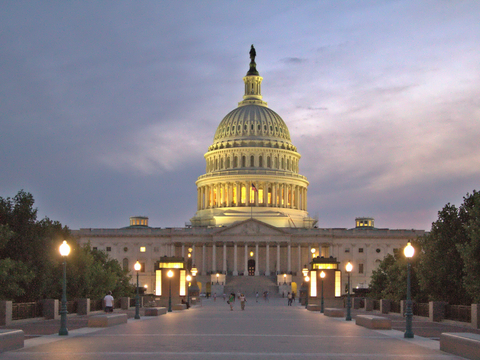 House members wanted to pass the Save Local Business Act before their August recess. (Pierre-Selim/CC BY-SA 2.0)

A bipartisan group of House members announced their intentions to redraft the National Labor Relations Board's (NLRB's) 2015 standard for "joint employer” at a press conference in Washington, D.C., on July 27, according to a report by the Society of Human Resources Management (SHRM).

The lawmakers—among them, sponsor Rep. Bradley Byrne (R-Ala.), Rep. Virginia Foxx (R-N.C.), Rep. Henry Cuellar (D-Texas), Rep. Tim Walberg (R-Mich.) and Rep. Andy Harris (R-Md.)—introduced the Save Local Business Act (H.R. 3441), which they said would restore the traditional joint employer standard and modify the definition of joint employer under the Fair Labor Standards Act to be consistent with the definition under the National Labor Relations Act.

“For 30 years, since the establishment of the traditional definition of joint employer, business owners and attorneys thought they knew what they needed to do to become someone's employer, said Rep. Byrne. “There had to be direct control. From an employee's standpoint, the person who signed the paycheck and told the employee what to do every day was the employer.

“I’d like to [pass this bill] yesterday, but sometimes you’ve got to let these things take their time until everybody’s comfortable,” Byrne said, according to a Bloomberg report. “I would love to get something introduced before we leave for the August break so we have something we’re working on when we get back.”

Indeed, the House members opted not to wait for President Donald Trump’s nominees to the NLRB—William Emanuel and Marvin Kaplan—to be approved by the full Senate before attempting to overturn the 2015 standard (known as the Browning-Ferris decision), according to the SHRM report; which noted that, if their bill is enacted, it would permanently define “joint employer” so that the meaning could not be rehashed subsequently by successive Democratic boards. The NLRB is notorious for reversing course on major decisions, depending upon which party controls it.

History of the standard

With more than 2.87 million U.S. workers employed through temporary agencies as of August 2014, the NLRB said in 2015 that its previous joint employer standard has failed to keep pace with changes in the workplace and economic circumstances.

In its 2015 decision, the Board applied found that two or more entities are joint employers of a single workforce if they are both employers within the meaning of the common law and they share or codetermine those matters governing the essential terms and conditions of employment.

Under that standard, in order to evaluate whether an employer possesses sufficient control over employees to qualify as a joint employer, the board considers whether the employer has exercised control over terms and conditions of employment indirectly through an intermediary, or whether it has reserved the authority to do so.

“Joint employer” refers to arrangements under which one business can be held legally responsible for workplace law violations of another. Until 2015, the standard was that a business had to have "direct control" over another business.

The NLRB switched that to the much more ambiguous "indirect control"—and the board used the expanded standard to pursue a major case against McDonald's, arguing that the fast food chain was responsible for violations at its franchises; even though most are independent businesses that only have contractual rights to the corporate brand.

However, according to the owners of small and medium-size businesses, the new definitions of “indirect” and “direct” employers made it too easy for franchisers and franchisees to become joint employers—presenting obstacles to companies trying to expand or stay afloat.

“Millions of small subcontractors and franchisees are worried that they could effectively lose their business to the new joint employer standards,” said Dan Martini, manager of Legislative Affairs for the National Federation of Independent Businesses (NFIB).

“The NLRB changed a standard that had worked well for decades.”

The new act would amend the National Labor Relations Act to state: "A person may be considered a joint employer in relation to an employee only if such person directly, actually, and immediately, and not in a limited and routine manner, exercises significant control over the essential terms and conditions of employment (including hiring employees; discharging employees; determining individual employee rates of pay and benefits; day-to-day supervision of employees; assigning individual work schedules, positions and tasks; and administering employee discipline)."

While it has garnered bipartisan support, it still has detractors. Christine Owens, executive director of the National Employment Law Project told SHRM, "The bill would undercut a carefully considered NLRB decision in the Browning-Ferris case, where the company temped out 280 of its recycling worker positions, retained significant control over workplace operations—but then left the staffing company on its own to negotiate with the workers when they wanted to form a union. If workers come together to bargain, they should be able to bargain with the employer who's really calling the shots.”

Still, David French, National Retail Federation SVP for Government Relations, said, “One business should not be held responsible for the actions of another, and this measure will clarify that once and for all."