Companies are going public at rate not seen in a decade 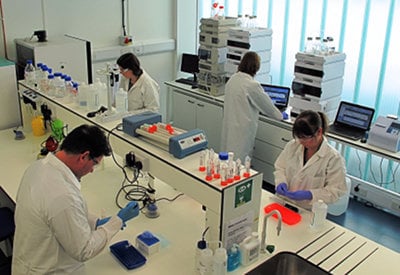 Biotech companies are among U.S. enterprises going public at a rapid clip this year.

Capital raising conditions are ripe, and CEOs and their companies are taking advantage with initial public offerings.

After a strong first half of the year, results of the global IPO market through September show that volume has already exceeded the full-year totals for 2016, a survey by EY found. In the period from January to September 2017 there were 1,156 IPOs that raised $126.9 billion in capital, a healthy increase of 59% by number of IPOs and 55% by proceeds compared with the same period last year.

Going public brings many changes for the company’s CEO. One big shift can be compensation. At big public companies, the board of directors generally decides what to pay the CEO—and that amount stands to increase when companies go public. Among the 500 largest (by revenue) U.S.-headquartered companies trading on one of the major U.S. stock exchanges, median CEO compensation increased 6.1% from fiscal 2015 to reach $11 million in 2016, according to Equilar, which tracks executive compensation. The stated goal is to align the CEO’s compensation with how well they steward the company, hence the “pay for performance” mantra.

And there are more IPOs to come. “Given the strengthening IPO sentiment with relative low volatility and valuations at high levels, we expect a year-end rally in the fourth quarter, traditionally the busiest IPO quarter of the year,” said Dr. Martin Steinbach, EY Global and EMEIA IPO Leader, in the survey. “Final numbers for 2017 could fall in the range of 1,600 to 1,700 IPOs and $190 billion to $200 billion in capital raised globally, and this would mark 2017 as the best year for global IPO performance since 2007.”

But quarter-on-quarter, the U.S. market saw its traditional dip in the third quarter with 27 IPOs raising $3.5 billion (29% lower by volume and 51% by proceeds compared with Q3 2016). However, the New York Stock Exchange continues to hold the top spot by proceeds this year, a full 5% above second-placed Shanghai in terms of capital raised. Financial sponsored-backed IPOs continue to drive activity, and the U.S. share of cross-border activity was up from 18%, to 41%, in Q3 2017 compared with Q3 2016. There were seven cross-border deals from China and one each from Argentina, Canada, Denmark and the U.K.

But U.S. market activity accelerated in September, setting the stage for continued strength through year-end. With U.S. equity indices near all-time highs and constrained volatility, the U.S. pipeline continues to build across sectors, led by health care and technology.

And expect the momentum to continue. “We see companies ramping up their public company readiness activities in anticipation of filings in Q4 2017 or early 2018,” said Jackie Kelley, EY Americas IPO Markets Leader.

Asia-Pacific tightened its grip on the global IPO market in the third quarter and the outlook for the fourth quarter, historically the year’s busiest for new listings, is even more upbeat. In the longer term, solid economic fundamentals, plus government action to support markets and economies in countries like China, Singapore, Australia and Japan, should keep listings strong. However, tensions in the Korean Peninsula could create bumps in the IPO road ahead.

Europe, Middle East, India and Africa (EMEIA) consolidated its position as the world’s second busiest region of the year due to 74 IPOs raising $10.3 billion in Q3 2017. This is an improvement of 16% by volume and 63% by proceeds respectively on the same quarter in 2016. The region saw four over-$1 billion in deals in Q3 2017, spread across India, Poland, South Africa and Switzerland. These included the world’s largest IPO of the quarter, the listing of Landis+Gyr Holding AG on the Swiss Exchange, which raised $2.4 billion in July.

Current returns of IPOs on the EMEIA main markets have outperformed the main indices, which reflects positive investor sentiment. Building on a relatively healthy economic environment, rising equity markets and confidence across the region, European IPO activity should be relatively strong going into the last quarter of the year, while India and the Gulf States are beginning to line up and take their turn before the end of the year. The last quarter of 2017 and the first half of 2018 should see further megadeals across the region, especially in the Middle East.