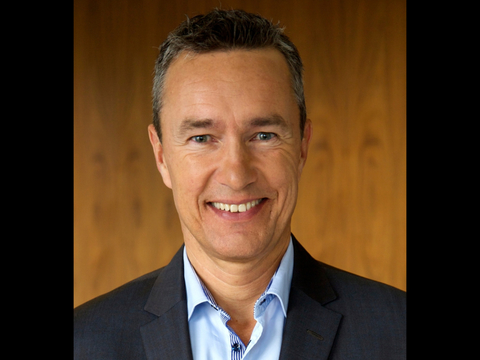 Jesper Andersen runs his company according to Danish credos. (Infoblox)

As a Denmark native, Andersen uses his own culture to influence his leadership style.

Denmark “is a very small country with very few natural resources, so what it fosters is a highly educated" citizenry, Andersen told FierceCEO. “I was brought up to ask a lot of questions. The more questions you ask the more innovative you are.”

Like most Scandinavian countries, “Denmark is known for its societal values of egalitarianism, communitas and openness,” Andersen said.

“Culture should not be dictated by one person at the top but by the collective whole,” he said.

Andersen puts this openness into practice in little ways, for example by carving out time daily to randomly sit with a different employee each day in the cafeteria for lunch, no matter how busy. That’s why he says he brings an unconventionally transparent and nonhierarchical leadership style to Infoblox.

And with Silicon Valley roiling over this year’s Uber and Google scandals, company culture is a more hot-button issue for today’s tech companies. At Infoblox, Andersen is a firm advocate of the company’s “no jerk policy,” which aims to foster a collaborative culture of transparency and mutual understanding while committing to weeding out poisonous jerks toxic to morale. In fact, a McKinsey report found that companies which harbor jerks may also suffer from reduced levels of creativity, innovation and dysfunctional cooperation.

Infoblox’s employees are also encouraged to dare. “You have to demonstrate to employees that sometimes when you take a risk and the results are not successful, you don’t punish them,” Andersen said.

On Wednesdays, at the company’s Tacoma office, Infoblox hosts Wine Down Wednesday, where wine is available, as a way of combining social time with work.

Andersen said he was always drawn to computers. His father sold computers and “when I went tech was very comfortable.”

Infoblox itself has a somewhat unusual financial background. The company was started with venture funding about 20 years ago. It then went public in 2012, and then private in 2016, for $1.6 billion.

The focus is always a little different under each type of ownership, Andersen said. Under the current structure, a private company, “It is easier to execute a long-standing strategy,” Andersen said.

I knew pretty early on.

When it comes to interviewing potential employees, I always ask them their favorite past companies they've worked for in terms of a cultural perspective. I find that this helps gauge the sense of workplace they best operate in, and whether or not they would make a good cultural match at Infoblox.

If we lose a deal, that bothers me.

If you as a company are able to cannibalize yourself, it will open up the opportunity.