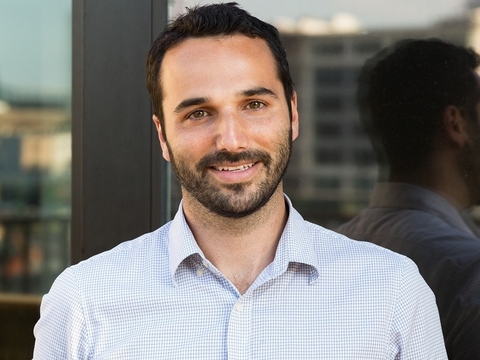 Jamie Hodari is on the fast track with his coworking spaces.

Jamie Hodari, CEO of Industrious, believes he has found a better way to work.

He operates coworking spaces, shared offices in buildings where there are few walls and amenities are shared.

Industrious just opened its latest one, its 25th, last week and will be adding its 26th in a couple of weeks. The company, which started in 2013, is now opening five locations a month, growing at 200% a year.

The speed with which Industrious is expanding is welcome but is also presenting challenges.

“It’s hard for a business to grow at this pace,” Hodari told FierceCEO. “But it is particularly hard when a company is distributed nationally and not in one place.”

It is difficult “to hire, to have a cohesive culture, and even medium-term planning is difficult because of rapid growth,” Hodari said.

From a leadership standpoint, “there are some CEOs that try to put everything on their shoulders, but hypergrowth really jettisons that,” Hodari said. “The only way to not have quality diminution is to build a really talented, thoughtful team and give them autonomy.”

The coworking industry is indeed thriving, with the Harvard Business Review even talking it up.

“Even though the coworking movement has its origins among freelancers, entrepreneurs, and the tech industry, it’s increasingly relevant for a broader range of people and organizations,” said an article titled Why People Thrive In Coworking Spaces. “In fact, coworking can become part of your company’s strategy, and it can help your people and your business thrive.”

And to address the company being spread out across the country, “We have to be much more deliberate about building company culture,” he said.

Hodari got into the business because he was in a coworking situation and didn’t like “the quality, service and culture” of the space. He felt he could do better, and he and a colleague co-founded their first space in Chicago. And today, “Things are going extremely well,” Hodari said.

Industrious’ occupancy rate is 93%, with one-half of companies having 250 or fewer employees and the other half satellite offices of bigger companies.

“Three years ago, large enterprises were 5% of occupants,” Hodari said. “Now they are almost half.”

Industrious has raised $70 million in venture capital funding and is in the midst of seeking an undisclosed amount of add-on capital. Hodari said in two or three years the company may go public. Meanwhile. plans are to have 65 sites by the end of the year and to open internationally next year.

What is the most important trait in a leader?

How do you self-motivate?

By being honest with myself and listening more than talking.

Extremely. It’s part of what we offer customers, and therefore we have to be great at it ourselves.

How will the industry change in 10 years?

I think there will be a lot of consolidation.

Make sure everyone understands the vision and their role in accomplishing it.