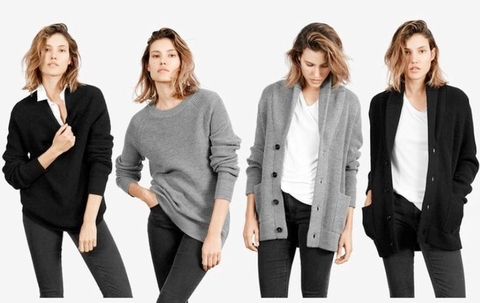 Derris, the dynamo behind such startup online brands as Everlane, Harry's and Warby Parker, has raised $10 million to invest in new product promotions. (Everlane)

The company, founded by CEO Jesse Derris, is a startup itself, having been founded formally in 2013. But its reputation preceded it, as it became known in the past few years for helping launch sustainable clothing designer Reformation in 2009, helping create consumer buzz around new online eyewear brand Warby Parker in 2010, helping build the success of online clothing brand Everlane in 2010 and helping open the digital doors of shaving brand Harry’s in 2013.

Now the firm’s three partners have raised a $10 million fund to invest in future clients, as well as other startups they believe in but don’t have the bandwidth to represent.

Taking a stake in startups is not completely new for the three partners at Derris, who also include Julie Halpin, another Sunshine Sachs veteran (2010-2012) and Lisa Frank, who gained her experience at the full-service marketing communications firm LaForce & Stevens (2005-2012).

According to the report by Recode, Derris takes a small ownership stake in most of its startup clients in exchange for a discount on the cash fee it charges larger corporations.

The difference now, the business news outlet said, is that they will be investing money into the startups on top of the stake the firm already gets for its work.

“We've been lucky enough to work with a lot of great companies and a lot of those have created pretty significant value,” Jesse Derris told Recode in a recent interview. “So we raised money to be able to put our money where our mouth is.”

The $10 million of investment money is being funded exclusively by Stephen Ross, the founder of real estate mammoth Related Companies and owner of the Miami Dolphins. The money will be managed under a new, separate LLC—called Amity Supply—by Derris and his two partners.

Derris said that Amity will cut checks ranging in size from $150,000 to $500,000, but won’t lead rounds. Instead, it will count on its close relationship with several top venture capital firms to help with deal flow. Derris, for example, represents Thrive Capital, the venture firm run by Josh Kushner.

Amity plans to invest money into prelaunch startups that are new Derris clients, as well as existing clients that are raising new rounds. Amity also will back some other businesses that seem promising, but which the firm doesn’t now count as clients.