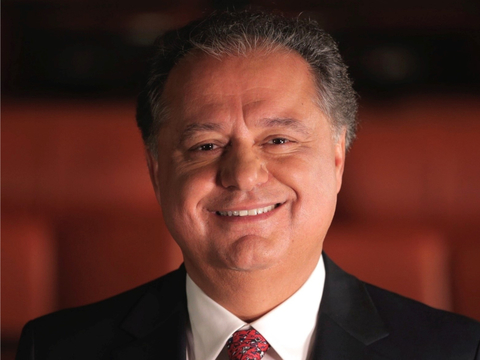 Hashemi’s cinemas feature reclining leather seats, cocktails, a “polished” casual restaurant and at times nontraditional content such as concerts and games that “make for a differentiated experience,” Hashemi told FierceCEO. “I want to make a difference and change the way we watch movies.”

Hamid said he has more than 30 years of experience owning and operating entertainment venues, and this is by far the most ambitious.

But it is no cakewalk. Hashemi is taking his upscale approach to moviegoing in an era of streaming video and amid competition.

Lots of growth in mind

Hashemi said he is a businessman who lives by the notion that “a good entrepreneur is never satisfied,” indicating he has plenty of growth on his mind.

Proceeds of the offering are being used to fund expansion and renovations, Hashemi said.

After moving from Iran in 1978 with just $700, Hashemi decided to put a hold pursuing a medical career because of the hefty expense and instead juggled a series of jobs, including furniture delivery and night shifts at hotels, until he landed in the real estate business.

It was in 2006, after leaving his former company, a movie/entertainment concern he founded, that Hashemi created iPic Entertainment.

I bought a movie theater as an investment and fell in love with the business. As I grew the business over the years, building and adding new locations, I grew into the role of the CEO

If you had one year to live what will you do with your life?

Creating an environment of trust.

Business is like being at war; you either win or lose. There is no in between. If you are not winning—growing your business—you are dying. Thinking of strategies to win keeps me up at night.

Look to other industries and see how you can learn from them. Truly push the envelope and try new frontiers. Don’t be afraid of failing because you can be sure that many of your new ideas will. But those ideas that don’t fail will more than make up for the ones that do.