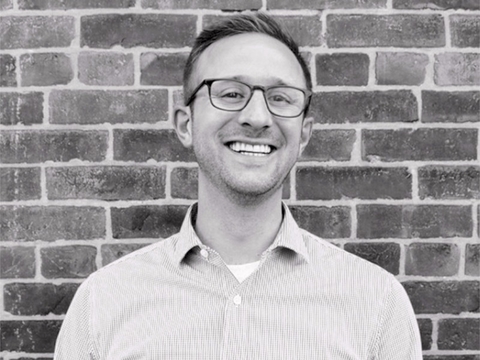 Adam Martel’s Gravyty is an AI-based tool for giving. (Gravyty)

Artificial intelligence is finding its way into more and more pockets of business, with one of the latest being fundraising, through Adam Martel’s Gravyty.

The CEO’s startup AI company uses a series of algorithms to detect the top donors within a nonprofit’s donor database. The algorithms have the ability to choose top donors based on their capacity, affinity and likelihood to make a gift and then write personalized first drafts of emails that a fundraiser could send to these donors, Martel told FierceCEO. The AI algorithms also pick the top 10 prospective donors of the week for Gravyty’s 25 clients and suggest where fundraisers should travel to meet with donors.

Martel and his business partner created the software for the system after Martel, a frustrated fundraiser, saw the benefits of a more high-tech approach. The company is largely funded by $1 million from an angel investor and expects to pursue a second round of funding next year.

Now the one-and-a-half-year-old company counts the Cure Alzheimer’s Fund and Yale School of Management among its clients, Martel said. He said all clients have seen increases in fundraising since using his system.

Martel said he has a deep respect for his clients’ efforts and the role Gravyty plays. “Being able to help them raise money is sort of indirectly helping to change the world,” he said.

The best part about being a CEO is “building a great team and seeing our customers be successful.”

The worst part is “the paperwork,” Martel said.

One of his biggest challenges has been “being able to define AI as being more than automation.”

One of his mistakes was “building a platform first instead of AI,” he said.

When Martel hires he looks for people who “believe in the work we’re doing.”

The company’s values are hard work, honesty and drive.

And the qualities of an effective leader are empathy, communication skills and internal drive, Martel said.