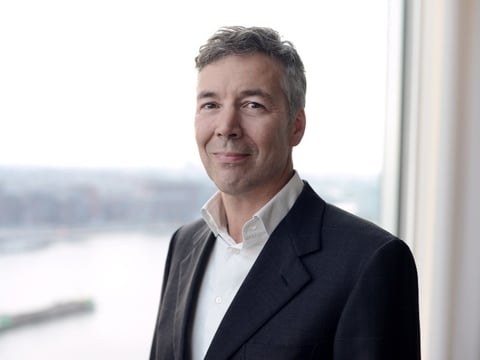 Gijs Dullaert has hung up his title as CEO of supply chain planning software maker Aimms.

He is now known as “The GCC (General Company Circle) Lead Link,” as part of the self-management approach the company adopted.

Aimms operates using Holacracy, a decentralized approach to management in which executives cede authority in favor of distributing it throughout the organization.

“The people hierarchies were slowing things down in the company,” Dullaert told FierceCEO, explaining the reason Aimms decided to adopt the new method just under two years ago.

The self-management approach is done through “circles,” or teams, with the goal of producing the best results organization-wide. Holacracy was developed in 2007 by programmer Brian Robertson and has since been adopted by several companies, the most well-known of which is probably Zappos.

Holacracy is a fit for Aimms because, “We wanted to marry high performance and care – care for our purpose, our values, our customers and ourselves,”Dullaert said.

So, what does it mean to adopt Holacracy? “A few things have changed,” Dullaert said. Instead of following a hierarchical system of organization, “We are organized with a purpose that contributes to our greater goal,” he said.

Under Holacracy, each circle holds its own tactical and governance meetings, “which help us constantly reorganize ourselves towards optimality,” Dullaert said. “Each individual in the circle is part of several roles and has his or her own accountabilities. They don't need to go to management to change something. In Holacracy, you can take smaller steps when it's safe enough to try. If someone has a tension with the way things are going, the circle will process it.”

“What matters to us is not just adopting the system for its own sake,” Dullaert said. “Holacracy doesn't have values. There is no morality to it. So, you have to balance it with purpose. Holacracy helps us achieve high performance, but we also place a big focus on our values, culture, team and personal development.”

In a recent survey, more than half of Aimms employees said Holacracy has made the company a better place to work. Nearly 60% said they believed that Holacracy allowed the company to respond faster to changes. Almost 60% said Holacracy increased their understanding of their responsibilities and purpose, and 60% agreed that it has made it easier to hold others accountable in their roles.

Holacracy “has helped us communicate better and increased transparency within our company,” Dullaert said. “Communication is no longer up and down. Information is also no longer constrained to the top, as there is no single role in charge of information. The hurdles to request information have also decreased thanks to regular meetings.”

From a product development perspective, Holacracy “has certainly helped in the ideation and development of our new software suite of configurable apps for self-service supply chain analytics SC Navigator, and largely sped up its execution,” Dullaert said. “The product idea originated from conversations with prospects and a team organized around it to develop and launch it. In the past, management would have slowed down decision making and now things are going much faster. This is crucial from a product strategy perspective, especially in a fast-moving industry like ours.”

Overall, “I am quite positive about the results we've seen by adopting Holacracy,” Dullaert said. “It's reassuring to hear that most of our team agrees.”

When I have a challenge where my values may be corrupted and I want to do the right thing.

On a scale of 1 to 10, with 10 being the highest, where do you prioritize the following? People, process, technology.

Tell me your life story so far.

What do you wish you knew five years ago that you know now.

Having the ability to let go of things more easily.