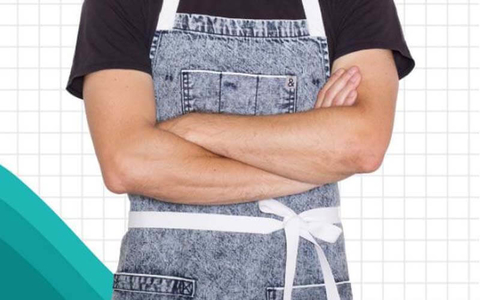 From minimum wage to millionaire

“I had fabrics and I had dreams and I had ideas,” Ellen Bennett, a former line cook who only made $10 an hour at her “day job,” told NBC News. Her inspiration led to the founding in 2012 of Hedley & Bennett—an apron and accessories line that she hopes will transform the kitchen-wear industry. “No one ever thought about making an apron that looked good and was functional,” said the 29-year-old entrepreneur. “I really wanted to make a better uniform.” Now, according to the news outlet, Bennett’s fan base for her high-end, hand-crafted aprons “stretches across 4,000 kitchens” nationwide—and she has celebrity fans who include Martha Stewart and Mario Batali. (NBC News)

Private equity firm KKR has agreed to buy WebMD—an online publisher of healthcare information—in a deal valued at about $2.8 billion, Reuters reported on July 24. The deal for the site, founded in 1996, comes five months after New York-based WebMD said it would explore strategic options amid a drop-off in pharmaceutical advertising. KKR will fold WebMD's websites, including the consumer portal, WebMD.com, and the professional website, Medscape.com, into its Internet Brands unit. That vertical currently includes consumer-facing sites such as DentalPlans.com and AllAboutCounseling.com. Analysts said the deal price surpassed expectations, adding that WebMD was a good fit for the Internet Brands portfolio. (Reuters)

Read more on
Acquisition All About Counseling Hedley & Bennett WebMD