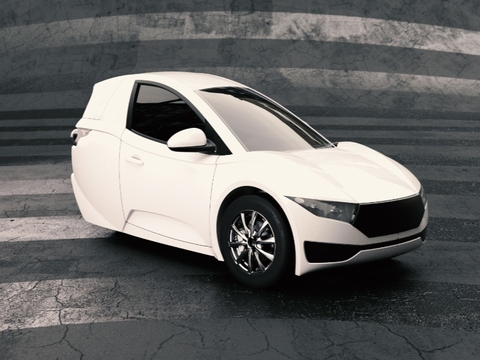 Kroll is doing his part by building electric vehicles that consumers can use instead of regular cars that burn fossil fuels.

"We are hard at work at Electra Meccanica, constantly enhancing [products] that will change the way people drive,” Kroll told FierceCEO. “Electric cars are good for people, the planet and profits.”

The company has two vehicles right now, with plans to expand its electric offerings. While electric cars have pretty much become a staple for automakers, Kroll said he is not afraid of the competition.

“Every car company is an electric car company now,” he said. “Automakers have seen the writing on the wall that all cars will be electric. We have $1 billion of orders for our own flagship car, the SOLO, which is currently being sold,” and which, Kroll said, is unlike other electric cars being offered.

The SOLO is an all-electric commuter vehicle launched by the company last September that is the only one-person vehicle, Kroll said. It is supported by a three-wheel design, with one wheel in back and two in front.

With a 100-mile range and speeds up to 85 miles per hour, the SOLO, which came to market last year, is designed to get owners to and from work and around town as needed at minimal expense, Kroll said. The car lists for $15,500 and is nine feet long by four feet wide.

The 2019 SOLO, the latest model, will feature LED headlights and air conditioning as standard items. Additional features and enhancements will be announced before deliveries begin in two initial markets, California and British Columbia, starting in September 2018. Electra Meccanica is looking for a distribution center in California to, in part, house SOLOs that are coming out this year.

The Tofino, Electra Meccanica's second model, will be the world's newest open-air, all-electric roadster when it is unveiled later this year, Kroll said. Both vehicles are designed to provide a solid driving experience while making the commute more efficient, cost-effective and environmentally friendly. Kroll added that the company has many other models in the pipeline, although he declined to provide details for competitive reasons.

The company’s growth has it exploring new manufacturing facilities in the U.S., Europe and India, while manufacturing continues as previously announced in Canada and China, Kroll said.

Kroll initially funded Electra Meccanica himself, then he raised about $25 million in series A and series B funding through private investors. The company then listed on the over-the-counter market and has now filed to list on the Nasdaq. The Nasdaq listing would open up opportunities for the company, including potentially making it easier to be bought out.

While still committed to growing the company, “we’re open to all options,” Kroll said. “We’re a company with a big order book and my door is open.”

What is a main trait a leader must have?

How do you seek out new revenue opportunities?

Make sure you have a successful product.

How do you best motivate employees?

Be a mission-based company.

What is your favorite question during a job interview?

Who is your favorite CEO—and there is only one answer.