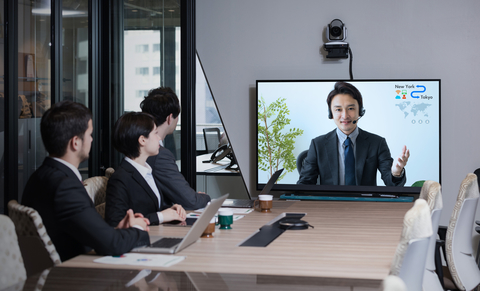 Companies of all sizes, locations and longevity are embracing digital tools such as advanced analytics and the internet of things as they shift from hierarchical structures toward agile management processes, a recent report found.

Of the 1,268 managers who participated in Bain & Company’s latest Management Tools and Trends survey last fall, 79% said today’s business leaders must trust and empower people, not command and control them, and 75% said culture is at least as important as strategy for success.

Strategic planning tops the list of the most-used tools of the past 12 months.

“As companies navigate this so-called fourth industrial revolution, hoping to grow and thrive in a quickly changing environment, understanding how to be of value to customers only becomes more vital,” according to the survey, released last month. “It’s little surprise, then, that customer relationship management, which focuses on understanding customers and responding quickly to their shifting desires, ranks No. 2 on the list, close behind strategic planning.”

Zero-based budgeting, in which functions start at zero and are analyzed for their needs and costs, was the least-used tool.

Overall, tool use is near its all-time low among the 16 times the company has conducted this survey in the last 25 years. Managers say they use an average of 7.5 tools, whereas they used 16.1 in 2002.

“In 2002, when tool use hit its peak of 16.1 tools per company, managers were battling an economic slump,” the report added. “The dot-com bubble had burst, a series of corporate accounting scandals had marred major corporations and the September 11 attacks had set the world on a new geopolitical trajectory. Looking to boost growth, managers embraced tools.”

But usage ebbs and flows, the report noted. Customer satisfaction systems and digital transformation tools are on the upswing now, where as mission and vision statements are moving down. Nearly one-third of respondents said they use these statements now, compared to 88% in 1993. Scenario and contingency planning has fallen from 70% at its peak to 19% today, strategic alliances have dropped from a high of 69% to 25%, and total quality management has hit 34%, compared to 73% in 1995.

To determine a tool’s staying power, look at its satisfaction ratings and at how much managers say they enjoy using them, the report stated, adding that “managers too often underestimate the evolution that a tool, especially a new one, will need to undergo, and the work it will take them to become skilled at deploying it. Tools often get better over time, but so does execution. By failing to recognize that, an overconfident manager may be quickly passed by competitors.”

The report recommends four strategies for getting the most out of management tools: