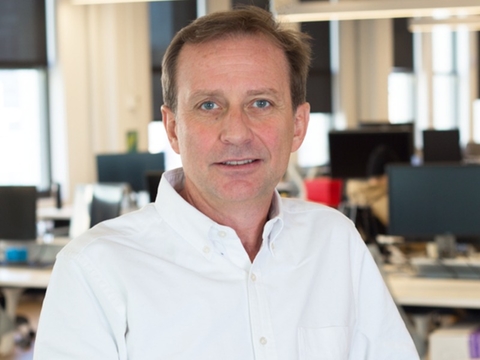 Dave Morgan, CEO of Simulmedia, is shaking the antennas on television sets to more closely align commercials with their right audience.

Currently, ads are bought in bulk and are scheduled randomly, which may have worked well enough when there were only 25 channels on TV.

But now they have hundreds of channels, making it all-important that the right commercial is seen by the right viewer, Morgan said. “People are not getting ads that are relevant to them.”

What Simulmedia does is collect data from cable and satellite companies, so it knows exactly what people are watching in different households.

It puts that information into a database in the cloud, and it built a software platform that analyzes the information and combines it with data about what people are buying.

With that information, brands and television stations “are better able to schedule their TV ads and better drive results,” Morgan said.

Simulmedia also recently began to license the software platform. It will be offered to marketers, agencies, TV media owners and distributors to optimize their TV campaigns on an audience and outcome basis on their own, and with their own media and own data.

Simulmedia has some heavy-hitter customers including Walmart, Pepsi and Hewlett-Packard, and on the network side, ABC, Fox and Turner Broadcasting.

Success is measured by how much the ads cost and how much was generated in sales by those who saw and didn’t see them.

Morgan feels he is in just the right field right now, because the advertising system needs fixing. “The best place to build a business is when there are a lot of problems,” Morgan said. “You get paid a lot of money for fixing them.”

There seems to be a lot of faith in Simulmedia. Since Morgan started it in 2009, it has attracted $65 million in venture capital.

Morgan is a longtime entrepreneur. He previously founded TACODA, an online advertising company that worked on online behavioral marketing and was acquired by AOL in 2007. He also founded Real Media, an ad serving and online ad network company and a predecessor to 24/7 Real Media, which was later sold to WPP.

When did you first know you wanted to be a CEO?

Well after I became one. It was not something I aspired to.

What are you passionate about?

Deciding the most important things to focus on the next day.

When did you have to adapt and what did you learn?

When the internet bubble collapsed and I had to let hundreds of people go. I learned the importance of building a profitable business, not one you can flip.

Align their jobs with their passions.