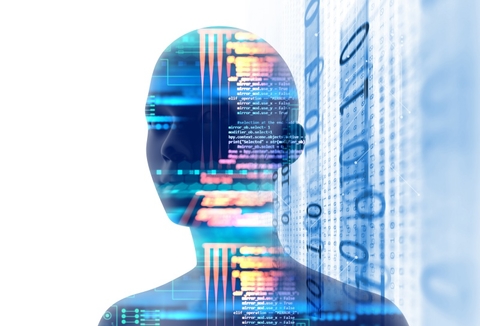 Many components go into building a business. (monsitj/iStockPhoto)

Any way you look at it, it’s a long journey between the very early days of a business to seeing it mature and even flourish. And if you ask any CEO, along the way the path is never straight, lessons are learned and some shifts are complex, while others are simple. They culminate when the business gels into an operation that is a success because its CEO was willing to learn, pivot and, when necessary, ask for help from mentors and employees.

Jack Regan, Ph.D., LexaGene CEO, learned that to build a business it is essential to take the necessary time to build the right team at the beginning. “I tried my best to hire the right people to assist me in the early stages of my company—and with limited finances,” Regan said in an email exchange with FierceCEO. “I also incentivized top individuals to join my team and was willing to provide them with an equity stake that represented the value that new talent brought to the company. In this way, they were willing to work hard to help the company succeed.”

Also, “starting a company took a bit of a toll on me,” Regan said. “Only embark on the effort if you are truly willing to go all-in, and recognize that there will be many points of frustration and despair, as nothing ever happens perfectly. But there is a tremendous amount of satisfaction in seeing your hard work pay off and take flight as the company that you’ve built begins to run itself.”

To Larry Jordan, president of Wi-Tronix, networking with other entrepreneurs who have started similar types of businesses is key to creating a strong enterprise. “Finding someone who can help mentor and guide you on things such as finding an accountant, attorney and insurance is very important,” Jordan said through email. “Once you make the first couple of connections, that instantly builds your network. All of our professional services are from other entrepreneurial professional service organizations.”

“I have learned although clearly speed and agility matter that does not mean being first is a big deal,” said Gabe Batstone, CEO of contextere, via email. “Time and time again we have seen that companies that are not first are often more successful and longer lasting.”

Batstone said he was also determined: “Success comes from building products that solve problems, developing relationships with customers and figuring out how to make money doing those two things. It’s not about a generic pitch you can memorize to convince someone who will never be a customer that you have a good idea.”

What he would do differently “is never bother playing golf or hanging out in bars after work because it's ‘Where business happens.’ It’s not important, is boring and a waste of time unless you are with your friends, in which case do a lot of it because despite the hype, work-life balance is incredibly important and valuable to your business.”

Tara Langdale-Schmidt, co-founder of medical device company VuVatech, said the biggest lesson she learned “was how to better organize. During the past 3 years, I've come to realize that running a business is like being a circus ringmaster. I have dozens of things happening at once.”

Some need immediate attention; others can wait. “To deal with the daily tasks and incoming, I have created a task list of things that I need to do,” Langdale-Schmidt said via email. “And I list them by their priority. It sounds simple, but it works and makes me far more productive.”

“In a company, you have culture, execution and strategy,” said Ryan Boykin, co-founder of Atlas Real Estate Group, in an email exchange. “When I first started, I focused too much on strategy. I soon realized that while strategy is important, it’s not nearly as significant as execution and culture. I also make sure company culture is another main focus. Five years ago, I wish I had known that the company’s strategy would become clearer as our product was received by the market. I learned that the market will ‘speak’ to the company on what its strategy should be and how to evolve it.”

Let others carry part of load

Tyler Koblasa, CEO of CloudApp, found that you can’t do everything yourself. “As a CEO, your main objectives are to help the team identify their strengths, set the outcomes for the business and lead them towards their goals,” Koblasa said through email. “At my previous startup, this meant being involved in almost every aspect of the business.”

Now, as CEO of a bigger organization, “I’ve realized that these objectives are best achieved by redirecting my focus toward bigger-picture tasks and trusting the team to handle the day-to-day details,” Koblasa said.

One of the things he would have done differently “is to have listened to feedback and ideas from our stakeholders, while at the same time shielding my team from that same feedback,” Koblasa said. “If I mention something that is on my mind, that passing comment could inadvertently turn into a company priority and potentially derail the team’s course of action.”

Saying goodbye is tough but necessary. “So many times I was afraid to let people go, those who had helped me in the beginning versus this stage,” said Janice Taylor, CEO of Mazu, via email. “I caused myself a ton of heartache lamenting about previous employees, or advisors and wishing I could keep everyone. I soon realized that there is a natural attrition rate in startup life and to let go is the best way through.”