Chris MacFarland, CEO of Masergy, helps companies update their IT 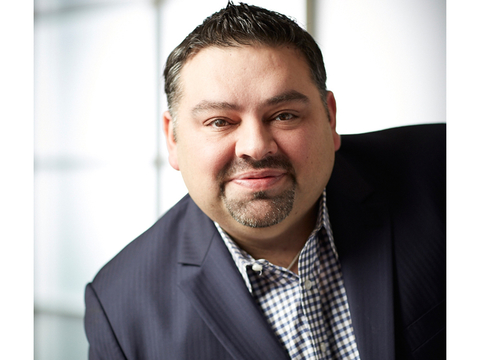 Chris MacFarland, CEO of Masergy, has seen the company grow from 100 to 600 employees in 10 years. (Masergy)

Chris MacFarland, CEO of Masergy, helps some of the world’s largest organizations move, share and protect their data in the cloud, a technology that lets companies store their data online rather than in a hard drive.

“I think we’re uniquely positioned because we help customers with some of their mission-critical infrastructure – specifically, their networking and how they’re going about protecting one of their most valuable resources, which is their data,” MacFarland said.

The company, based in Plano, Texas, with offices in London, was founded in 2000 and weaved through networking and unified communications services before landing in the managed cybersecurity space, said MacFarland, who joined it in 2008 as president and chief operating officer. He was named CEO in 2010.

“We’ve grown significantly through that time, and we continue to grow at a pretty rapid, organic pace,” he said. In fact, the company went from 100 to 600 employees in the past decade and may have another 100 before the end of this year.

Culture and diversity are major factors to MacFarland’s hiring strategy. “We hire for culture first,” he said. “We want to make sure that the core values that we have and our beliefs as an enterprise or as a team are aligned with the individual that would be joining our company. Then we look at competencies across the role that individuals has and how that individual might evolve inside our company as we continue to grow and scale out.”

To adapt to that growth rate, MacFarland said he spends about 15% of his time learning about other companies that have experienced similar booms and participating in CEO meetups where they discuss collaboration and lessons learned for overcoming challenges.

Diversity of age, genders and cultures is important, he added, because Masergy customers are global companies. “I think it’s always important when you’re trying to serve those businesses that you’re able to relate from a different perspective across those things,” MacFarland said.

Masergy is a private equity-backed business. Berkshire Partners is the majority owner, and the management team is the minority owners. MacFarland said he intends to keep the company private for as long as it makes sense, and he sees no shortage of opportunity for Masergy to continue on its upward trajectory.

“There’s a tremendous amount of innovation occurring in our world, and then secondarily, there’s a significant amount of disruption taking place across a lot of different industries,” MacFarland said, adding that Masergy is there to help organizations navigate both.

I never aspired to be CEO, [but] I thoroughly enjoy it.

Look out five years in the future. Where would you like your career to be?

What’s the single most important trait for a leader?

I try to learn something new every day. If you think about that, that’s 365 new learnings a year.