How CEOs strategize, blow off steam 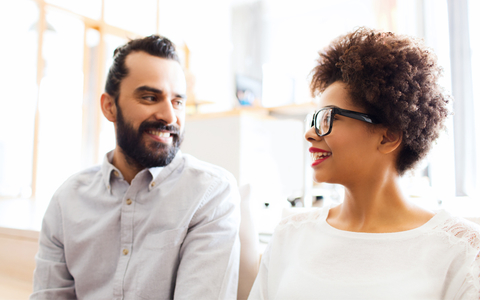 CEOs have a public image, and a private life they discuss with only the closest confidants. (dolgachov/iStock)

CEOs are a singular breed living in an insular world. You could say it’s lonely at the top, with few people to turn to. So where do CEOs let off steam and strategize outside the boardroom? The answers range from confiding in one’s spouse to one’s psychotherapist. In between there are former coworkers and investors. All create a support network that many CEOs do not want to do without.

Melissa Long, CEO of spa Wake Foot Sanctuary, turns to her husband, who is also the company’s director of operations.

“He is my sounding board for all my big decisions and brings a complementing point of view and approach to things that I see, struggle with, and question in our business dealings,” Long said. “He has great confidence, an amazing amount of resolve, and is always brutally honest. And it doesn't hurt that he's my best friend, too.”

There are also those with a vested interest who can be looked to. “I turn to a couple of key mentors who have invested in our company,” said Afif Ghannoum, CEO of BIOHM Health. “They've seen every way a company can succeed or go sideways. So, it's really helpful to be able to bounce off everything from banal day to day things that come up, to large strategic decisions that can impact the course of the company.”

In general, “We talk about financing decisions, staffing issues, strategic plans to really scale the business. That's the biggest challenge as a CEO, especially of a small company. It's always helpful to know that you have someone that will be brutally honest with you when it comes to giving you feedback on how you're running the business. “

Ghannoum felt “It's important that these are people invested in us personally, as they have shown me their support for my vision as a CEO, which makes their support even more meaningful when I turn to them for advice.”

Chris Rothstein, CEO of Groove.co., which helps automate the sales process, turns to his peer group of about five CEOs—some of whom he worked with at Google. “We confide, trying to understand if you are on the right path. We talk it through.”

The colleagues “go over specific things that only people like them would know,” Rothstein said. “Are we struggling with the same things—how do they approach growth, how should capital be invested, human resource issues.”

Rothstein said the get togethers are, “more like a therapy session” and if he “didn’t have this group, I’d have to find people like them.”

Some CEOs turn to outside coaches to speak with, feeling this is the best way to let off steam and get an unbiased perspective.

“The CEO is the only person in the company without a day-to-day boss,” said Joel Trammell, CEO of Khorus and mentor to CEOs. “They learn that they must be on guard when talking to employees, board members, and other stakeholders. For instance, employees could interpret a CEO’s offhand comment as marching orders, when that is not what he or she intended. Also, few CEOs want to burden their family members with problems in the limited time they get to spend with them.”

Because of this, “We have seen a huge rise in the CEO coaching ranks," Trammell said. "These coaches become the one person that CEOs can spill their guts to without fear of it coming back to haunt them.”

More than one goes full bore and seeks professional help.

“I have CEO's who meet with me to discuss strategy, work life balance, how to recapture their passion for work, get their motivation back, and of course, gripes they might have with their companies,” said psychotherapist Jonathan Alpert.