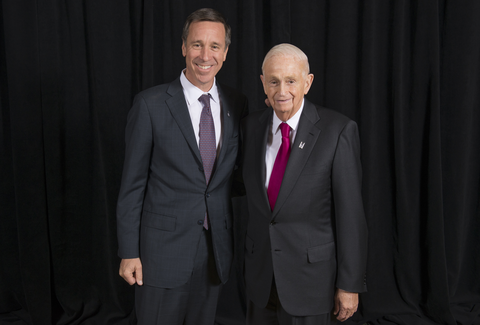 The wisest choice Bill Marriott ever made

It's often held that people are more likely to regret the things they didn't do than the things they took a risk for, even if they failed. But that's not the case for Executive Chairman of Marriott International Bill Marriott. In a comprehensive look back at his career and the future of the hospitality industry, Marriott said he doesn't regret not acquiring Disney back in the 1980s when he had the chance. Simply put: They were in the entertainment business and Marriott was not. Hotel Management

Hackett to meet with investors

In his first major test since becoming CEO of Ford in May, Jim Hackett will meet with approximately 100 of the company's investors on Tuesday. A Barclays analyst said investors are looking for him to lay out "bold plans for the near-term and the future." Hackett is expected to discuss cost-cutting initiatives and new partnerships, such as one recently inked with an Indian automaker. Chicago Tribune