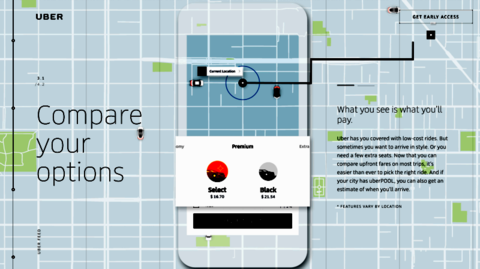 Uber’s new CEO is in no hurry for an IPO

Uber’s new CEO Dara Khosrowshahi told his employees at an all-hands meeting broadcast on Aug. 30 that the troubled ride-hailing company would go public within 18 to 36 months. That should give him time to address the most serious of the issues at the eight-year-old startup, including a Department of Justice investigation into alleged bribery of officials overseas. The missteps at Uber have left room for competitors, including Lyft, to try to take the lead in the sector. One of Khosrowshahi’s first tasks will be to find a chairman to replace co-founder Garrett Camp. (Fortune)

The District of Columbia is looking for a new director for its Department of Small and Local Business Development following Ana Harvey’s unexpected resignation from the job on Aug. 11, according to a report by The Business Journals. Harvey joined the department in January 2015. On the day she left, she posted on Twitter: "Serving @SmallBizDC has been a great honor & privilege. Thanks to @MayorBowser for the opportunity and to @councilofdc for your support." Reached by phone by the business news outlet, she said she left “for very personal reasons” that she wouldn't divulge. She also said she is not quite ready to announce her next venture, though her background is in the private sector. Harvey oversaw a staff of 50 and a 2017 budget of $11.7 million. (The Business Journals)