Will a new CEO bring the sparkle back to Tiffany? 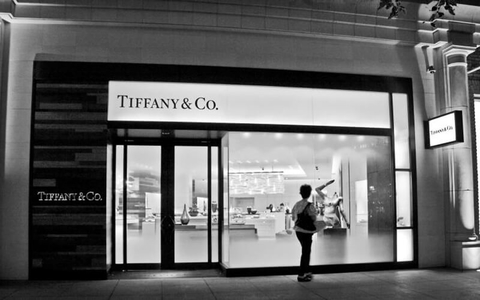 When Alessandro Bogliolo steps into his new job as chief executive of the venerable Tiffany & Co. on Oct. 2, he faces a formidable challenge: revitalizing a premier jeweler and designer that has posted declining sales and profits for two years running.

Bogliolo, 52, comes to the position with experience as CEO of the trendy Italian apparel and accessories company Diesel SpA. Prior to joining Diesel in 2013, he spent 16 years at Rome-based luxury jeweler Bulgari—before another high-end brand, LVMH Moët Hennessy Louis Vuitton SE took control of the company in 2011—and then served as North American operating chief at LVMH's Sephora cosmetics unit for a little more than a year.

He replaces another executive who had ample experience in the Italian design market: Frederic Cumenal, who joined Tiffany in 2011 after 15 years at LVMH, and departed after just more than two years at the helm.

Fortune noted that Cumenal was not a favorite of interim CEO and current board Chairman Michael Kowalski. When introducing Cumenal's replacement, Kowalski said, “Alessandro has a well-deserved reputation for creativity and execution, having previously led a number of international brands to success and improved performance. I also believe that his vision and team-oriented approach make him an ideal fit with Tiffany's long-standing values.”

The board is hoping new leadership can strike a balance between new collections of jewelry that will garner attention from millennials and top-line jewelry for its traditional buyers, as well as appeal to the tourists who used to flock to the store in numbers.

In February, Tiffany's board slammed the slow pace of change at the stores, according to Fortune.

New designs accounted for less than 10% of jewelry sales in 2016, according to an account by The Wall Street Journal, with many collections harkening back to the 1960s—hardly a strategy for winning over millennials. What's more, Tiffany has struggled with online sales, which account for only about 6% of its revenue.

The only truly new collection, Tiffany Hardware, was introduced in a Super Bowl ad by Lady Gaga, who some would argue was hardly a good follow-up to the icon previously associated with the brand, Audrey Hepburn, the actress who played the heroine of Breakfast at Tiffany’s.

Bringing back the customers

So what’s to be done to increase store traffic and profits on a timeline that the company’s board will endorse?

FierceCEO interviewed James R. Bailey, a professor and the Stacy and Jonathan Hochberg Fellow of Leadership Development at the George Washington University School of Business, and a fellow in the Centre for Management Development at London Business School.

Bailey said that he has seen this syndrome before. “I think that this is an example of an old-style company that just didn’t update themselves because they didn’t think they had to,” he opined. “It’s what I call 'The Top of the Hill Phenomenon.'”

Companies suffering from this illusion, he stated, don’t change until they have lost substantial financial ground, because “You think you are the best. Nothing can ever happen to you.”

He provided another example of “this certain kind of myopia brought on by a company’s own dominance,” using a high-profile brand in the food industry.

“Heinz Tomato Ketchup was America’s favorite condiment for 50 years,” Bailey explained, “but they failed to react to the shift to internationalized palates in the United States. They knew all about processing vegetables and distribution chains. However, they simply ignored the rising popularity of salsa, which is now the best-selling condiment nationwide. They had an opportunity to get into that business, but they didn’t. Now, they are in trouble.”

Cumenal fell victim to this same mentality. “When he worked for LVMH,” Bailey said, “they ran some ‘regular’ businesses that were more diversified and so were removed from the high pressures of the jewelry market. When he moved over to Tiffany, he didn’t adjust his style. He thought his job was to manage, as opposed to leading. He was just moving the ship forward, instead of innovating."

The same is not true of Bogliolo, according to Bailey. “The new guy comes from a little different kind of background at Diesel. It is an edgier company that has got some sentimentality for the younger customer.”

However, he advised caution as Bogliolo moves forward. This is, after all, still the Tiffany of Audrey Hepburn. It has been a classy and classic shop for the past 50 years. You cannot change too fast; it’s as bad as changing too slowly.

“The board and the staff think they want speed, but really," he said, "they would go into shock. It would be like eliminating Tiffany’s blue color. They would say, ‘That isn’t who we are, how we conduct ourselves.’ Talent might leave fairly quickly, and the brand could very easily be compromised. It’s a delicate balancing act.”

He recalled the success of the Burberry brand turnaround as an example of what to do in this situation. “Burberry was known for its classic trench coat. Remember what George Peppard wore in ‘Breakfast at Tiffany’s’?”

“But then, about 30 years ago, they realized they had to change and diversify. They wanted to become a fashion brand. They kept the old trench coats, but they updated the rest of the line. They offered different colors, different lengths—still maintaining the feel of the old trademark coat. After that, their stores also started to look nice and crisp—a grand old British company, but updated. Customers loved it and they still do.”

He advised Tiffany to redesign its stores on the West Coast first. “Don’t change Fifth Avenue right off the bat. The West Coast stores are not as staid as those in New York and Washington, D.C. Changes should go from West to East.”

In turn, he pointed out, “Consumers start to wonder about your genuineness, if you change things too quickly.” Thus, Bailey cautioned, "When BMW introduced its 1 Series, customers who had been driving the brand for years and thought of themselves as an elite lot, said 'You’re cheapening the brand.' The idea, the legacy customers said, was that you should have to save for a BMW. The 3 Series is the best car in the world.”

Rather than redesign completely, he advised Tiffany “just to modernize the diamonds in its traditional designs. Maybe use a Scandinavian influence as opposed to the legacy looks.”

There is also an audience extension that Tiffany should explore, Bailey said. “They should be marketing to same-sex couples—totally recreating the market for wedding rings. They should set up a line or some advertising around that. They have an opportunity to corner that market before somebody else does it—or maybe there is an artisan out there already creating rings that Tiffany can promote.”

He suggested, "Think of these special artisan collections that maybe aren’t advertised for the gay couple, but in some of the company’s ads, they show two men or two women looking at that jewelry.”

And finally, what of the small jewelry store competing on Main Street USA? “Forget the big box store," Bailey concluded. "People in town already know you. You just have to convince them that they will get personalized consultations, better customer service, convenience. And why aren’t they getting in touch with artisans, showing their work—having them come in with a trunk show to give residents a special talk? Maybe they could serve coffee and cake from the local bakery, as well.”

“Here’s a shocker for you: If it ain’t broke, fix it anyway. For a long time, Tiffany’s wasn’t broke and nobody decided to fix it anyway. You have to have a relentless focus on and pursuit of excellence.”

In short, he advised, “Get in front of this now, whether you are on Fifth Avenue or on Main Street. You will get the results you want.”