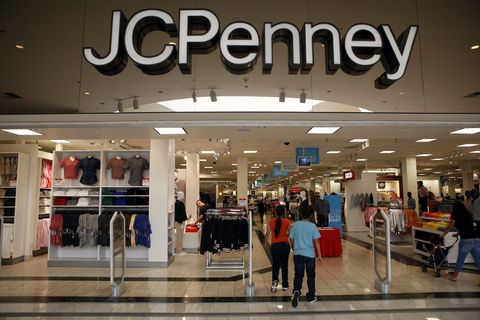 It’s a tough time for brick-and-mortar retailing. Not only are mom-and-pop entrepreneurs feeling the pain, but major companies that once succeeded with cross-country chains also have hit the skids—beaten down by e-commerce giants such as Amazon. Indeed, so far this year, Sears, Macy’s, and Staples all have announced store closures. Even luxury brand Ralph Lauren announced that its Fifth Avenue flagship location in New York City would be shuttered.

So what’s a retailer to do? Just ask JC Penney, which is calling it a day at 140 stores nationwide in 2017—but hasn’t given up. The discount chain has opted to try “pop-up” stores inside its larger retail storefronts, with specialized merchandise that will draw in customers.

According to a July 13 report by Chain Store Age, the retailer has announced that it is opening toy shops at its remaining 1,000-plus brick-and-mortar stores nationwide–and already has expanded its only toy assortment.

The in-store shops will be located within the children's department, next to the Disney Collection displays, and will feature a wide range of playthings, from dolls and action figures to board games and arts and crafts; and such brands as Hasbro, Mattel, and Fisher Price. Many of the shops feature a play area where kids can try out select toys.

The rollout grew out of Penney's decision to bring back toys to its stores—for the first time in years—for the 2016 holiday season, Chain Store Age said. Penney said it was "extremely pleased by customer response and confidently made the decision to grow our toy assortment in stores and at JCPenney.com.”

In addition, MarketWatch gave details on July 18 that the retailer has unveiled a deal to offer appliances and furnishing to the hotel and lodging industry, through a B2B program and has expanded its in-store Sephora cosmetics locations.

“Our entry into the B2B program reinforces our home refresh initiative, while providing new and innovative ways to achieve sustainable growth and profitability,” said Chief Executive Marvin Ellison in a statement. “The idea first stemmed from hotel operators who were already ordering large volume purchases of bedding, bath and window treatments at JCPenney.com.”

As for mom-and-pop entrepreneurs, The New York Times reported on July 13 that they are pressed to compete with the larger, discount chains. For example, the Times said, small family-owned dollar stores are under enormous pressure to hold onto customers and remain solvent as national chains like Dollar Tree expand their footprint in New York City and elsewhere—a trend underscored by Dollar General’s recent move to open stores in the city for the first time.

Some independent stores have started stocking foods and items preferred by nearby residents, while others have raised prices.

But the outlook is poor, according to David Emrani, owner of Pride Products, who talked to The Times recently. “The chains are growing rapidly at the expense of the independents—when they open up one chain store, they destroy five or ten independent stores,” said Emrani, whose company imports general merchandise and distributes it at wholesale prices to about 3,000 independent dollar and discount stores nationally, about half the number from a decade ago.

Emrani, himself, owned six dollar stores in Long Island, New York, back in 2008, but closed all but one of them after Dollar Tree chain stores opened nearby and not only poached some of his workers but also took away his customers. “You constantly have to ring up—if you don’t, you die,” he said. “You have to have more and more customers every day to survive.”

“Dollar stores are figuring out how to get people in,” said Marshal Cohen, chief industry analyst at the NPD Group, a market research company. “They have done the best job of changing with the consumer than any other retail store.”