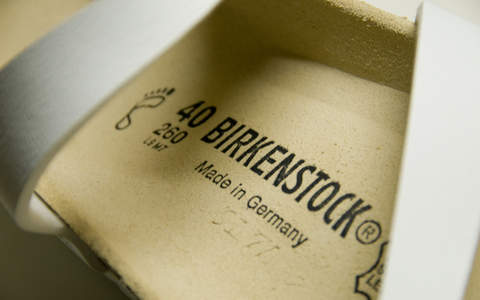 David Kahan has emerged as an unlikely champion in a growing battle between smaller retailers and Amazon CEO Jeff Bezos’ eCommerce colossus.

Kahan’s admonishment to small third-party sellers, according to a July 27 report by the Chicago Tribune: Don't even think about selling our shoes on Amazon.

Indeed, the comfort sandal manufacturer’s hard-line policy is not to allow merchants to market its product line via any reseller.

And since last January, Birkenstock has made specific efforts to keep its shoes off the Amazon site, claiming that unauthorized sellers and fake merchandise are available on that platform, as China continues to flood the U.S. market with counterfeits.

At that time, Kahan said, "The Amazon marketplace, which operates as an 'open market,' creates an environment where we experience unacceptable business practices which we believe jeopardize our brand," according to a report by CNBC.

The Birkenstock CEO added, "Policing this activity internally and in partnership with Amazon.com has proven impossible."

Now the situation is coming to a head. In a scorching five-page email date July 20 and obtained by The Washington Post, Kahan derided the online giant for contacting shop owners and offering to buy their products at full price.

“By knowingly encouraging a breach of our policy, Amazon is potentially legally liable for ‘tortious interference’ with our business,” Kahan wrote to third-party sellers. “This is not only highly unethical, but, there are potential legal ramifications. I have never in my 25-plus years in this industry ever heard of a retailer on such a scale as Amazon, actively soliciting other retailers for a brand's inventory in the case of such brand not choosing to sell them. What I will state is, you, as our partner, in the spirit of our relationship, must insure that you do not participate in any manner in such an unconscionable act.

“Quite frankly,” Kahan said, “I see this action by Amazon as pathetic. Amazon can't get Birkenstock by legitimate means so why not dangle a carrot in front of retailers who can make a quick buck.”

A spokesperson for Amazon told The Chicago Tribune in an email that the site purchases products from third-party businesses in order to offer "a wider selection of great brands," and that sellers can opt out at any time. She declined to comment on Kahan's complaint.

"This is modern day piracy on the high seas," Kahan said in an interview, the Tribune reported. "This is a middle finger to all brands, not just Birkenstock."

Meanwhile, at Martin's Family Shoes in Gettysburg, Pennsylvania, owner John Fidler told the news outlet that sales of Birkenstocks are up about 20% this year, which he attributes at least partly to the company's split with Amazon. He was encouraged, he said, to receive Kahan's "ticked off" email last week.

"It was great that somebody finally put Amazon in its place," he said. "I don't see any reason to sell there."