Barb Moran-Goodrich, CEO of Moran Family of Brands, had a tough time getting to the top 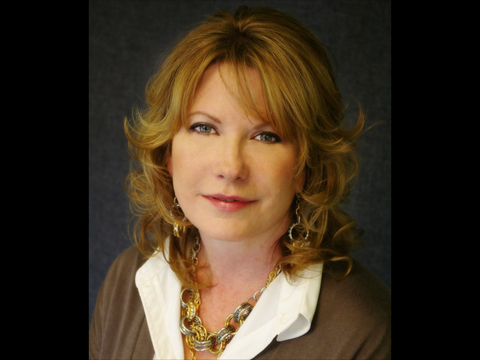 Barb Moran-Goodrich made it to CEO the hard way.

Barb Moran-Goodrich didn’t have an easy time becoming CEO of Moran Family of Brands, but not for precisely the usual reasons. She didn’t experience her first difficulties fitting into what is primarily a man’s role and she didn’t hit a glass ceiling.

For Moran-Goodrich, it was her family, primarily her father, that kept holding her back.

He owned Moran Industries, which became Moran Family of Brands, a national franchise of general automotive repair and transmission services. She recalls him telling her more than once she would not achieve a top position in an industry dominated by men, Moran-Goodrich told FierceCEO.

During a break from college in her sophomore year, where she was studying art, Moran-Goodrich started working at her father’s company as a receptionist.

“I remembered always asking for more work,” Moran-Goodrich said. “I still loved art, but I found I loved business more. It’s very creative and collaborative. You have to look at what the vision is, it’s just in a different media.”

Moran-Goodrich did not go back to college and ended up as the manager of the office.

But there were still issues with her father. He even fired Moran-Goodrich during her first pregnancy, feeling she should stay at home to care for the child.

"My father, when I bring it up to him today, still feels he was doing the right thing in wanting me to be at home with my daughter,” said Moran-Goodrich. “But that wasn't fitting into what I wanted in life."

Moran-Goodrich stayed home for three months with her daughter before landing a job as a legislative aide to Jane Barnes, a former Illinois state representative.

Several years later, at her father’s request, Moran-Goodrich returned to the company.  When her father became ill, a consulting firm recommended she lead the company, where she was named president in 1999.

That is where some of the traditional doubting kicked in. After struggling to convince her father she could lead in a male-dominated industry, she now faced similar challenges women often experience after achieving executive positions.

“When I finally made it to running the company, I was met with skepticism by the franchisees who were predominantly men,” said Moran-Goodrich. “For the most part, they thought I was put in that position based on nepotism and had no real background in the business. I realized the only way I could change that perception was to show them through my actions and words that I was the right person to lead our system.”

She also had to jump through hoops to buy the company from her father. She started seeking bank financing in 2008, in the midst of the Great Recession, when no one was lending.

She did get a bank’s commitment in 2009, and the bank ended up going under. The following year she got a loan commitment from a different bank, but ended up not needing it because her parents decided to do the financing themselves.

As the owner of Moran Family of Brands in 2010, she became CEO.

Since buying the business from her father, Moran-Goodrich has rebranded the company with additional resources and an image that represents the multiple brands and services it offers. Moran Family of Brands has more than 140 franchise locations around the country across six brands.

The company has opened a franchise in Africa, with plans for additional overseas shops. “Certain countries that have been developing quickly have a need for auto repair,” Moran-Goodrich said.

“I will always love thinking about what we can do for the future and being in the environment of business,” Moran-Goodrich said.

I like to ask their vision for the future. Where do they expect to be in five years, 10 years.

Being able to get the vision and the culture, and to have tenacity.

What is a key opportunity for revenue?

Research and development and always looking where the trends are for future.

When did you adapt and what did you learn from it?

I had to adapt in my early 20s and I learned there is always a way around a roadblock.