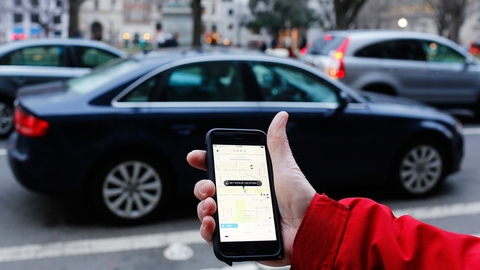 The House Education and Workforce Committee took a closer look this month at the growth of the gig economy, in which short-term contract or freelance work outweighs permanent jobs. Lawmakers wanted to learn how they could encourage more gig—and often sharing—economy industries without losing the security of traditional practices, according to Inc.

Companies such as Uber, Thumbtack and Upwork have added “tens of billions of dollars of real income to hardworking individuals,” Michael Beckerman, president and chief executive officer of the Internet Association, told committee members. That’s in part because on-demand workers earn $34 an hour on average to payroll workers’ $26 and because many gig workers choose to work for these companies rather than take the job because they need it.

But the biggest benefit to sharing economy jobs is flexibility. “I can’t think of another example where you can just decide one day if you are not going to show up to your job or pick your hours exactly or work simultaneously for competing companies,” Beckerman said in the article.

More than 55 million people—35 percent of the U.S. workforce—opted to freelance this year, according to a study by Upwork and the Freelancers Union. That’s up 2 million over the past two years, and it’s a trend that’s unlikely to slow. More than half of employers are seeking contract workers, according to CareerBuilder’s 2017 forecast, a 47 percent increase from last year.

Still, there is something to be said for the security that payroll jobs afford. Laws related to minimum wage, workers’ compensation, overtime and benefits don’t apply to independent contractors, Sharon Block, executive director of the Labor and Worklife Program at Harvard Law School, said in the article.

“Many workers in the online platform economy are low-wage workers. Drivers. Cleaners. Home-care workers,” Block said. “They have little ability to shoulder the risks to their livelihoods and families that come with the loss of the basic social safety net.”

A happy medium may be the best approach going forward, Arun Sundararajan, a professor at New York University’s Stern School of Business told the committee. New partnerships among individuals, platforms and government will become necessary to guarantee basic security as salaried jobs give way to “a dizzying array of non-employment work arrangements featuring a continuum of levels of time commitment, granularity, capital ownership, economic dependence, and entrepreneurship,” Sundararajan said.

Members of Congress’ other house have also taken notice of the gig economy. In May, Sen. Mark Warner (D-Va.) proposed a bill that would set up “a testing ground for local governments, nonprofits, and labor unions to receive funding and explore ways to provide portable benefits for independent workers,” according to a piece he wrote for Fast Company in July.

Meanwhile, many gig economy companies are building their reputations by hiring only the crème de la crème, which can be problematic, according to a recent Fast Company article. For instance, Reedsy, which connects book authors with editors, designers and publicists, has a highly selective hiring process. It accepts only five applications out of 300 submitted per week, the article stated.

“For freelancers who’ve ditched the corporate world in search of greater autonomy, this new environment may prove uncomfortably similar–or worse,” the article stated. “With platforms potentially determining a freelancer’s comparative worth, some may find they have less control over their earning power than they like. Since contract workers have to pay for their own health insurance and retirement savings, that could put some in even more vulnerable positions than they’d have in corporate jobs.”

Some gig businesses are working to address these issues. For instance, Working Not Working, which uses advertising and tech industry freelancers, switched from invite-only applications to open ones, and it lets applicants waiting for their portfolios to be reviewed to list themselves on the site as contenders.