A ‘blended’ company no more: Hamilton Beach spins off from NACCO 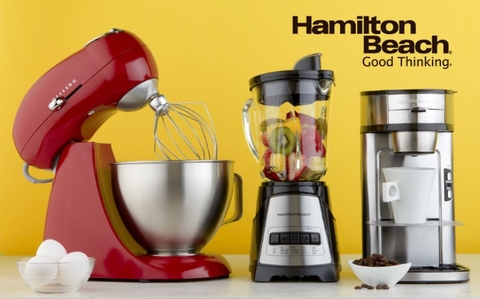 Hamilton Beach, maker of consumer and commercial kitchen appliances, has applied for a spinoff from NACCO Industries.

Cleveland-based NACCO Industries announced on Aug. 21 that its wholly owned subsidiary, home and commercial appliance manufacturer Hamilton Beach Brands, has filed a registration statement with the Securities and Exchange Commission (SEC) for a proposed spinoff, to be completed during the third quarter of the year, which would enable the parent company to concentrate on its other business, North American Coal.

While the coal industry has been slowly disappearing across the American landscape, U.S. quarterly coal exports for the first quarter of this year were 58% higher than during the same quarter last year, according to the U.S. Energy Information Administration, and U.S. President Donald Trump has been a cheerleader for the sector.

Gregory Trepp, who has been CEO of Hamilton Beach brands and The Kitchen Collection since 2010, will lead the new company. Existing NACCO shareholders will receive shares in Hamilton Beach, which will be based in Glen Allen, Virginia, The Wall Street Journal reported on Aug. 21.

NACCO CEO Alfred Rankin Jr. said during a company conference call that the move to restructure Hamilton Beach and The Kitchen Collection as a single-industry entity would position that business to receive broader investor interest and analyst coverage.

Rankin said he plans to retire as CEO while continuing to serve as nonexecutive chairman of the NACCO board of directors and in addition picking up the title of executive chairman of Hamilton Beach Brands Holding Co. following the spinoff. Under his leadership, NACCO has grown from $616 million in revenues in 1988 to $3.3 billion in 2011, just prior to the spinoff of NACCO's materials handling business in 2012.

J.C. Butler Jr., 56, will become CEO and will join the NACCO board of directors upon Rankin's retirement. Butler will also continue to serve in his capacity as CEO of North American Coal, a role he has held since July 2015.

Hamilton Beach brought in more than $605 million of revenue last year, while The Kitchen Collection chain reported revenue of $144 million. Overall, NACCO generated about $856.4 million in revenue in 2016.