Want to better understand customer satisfaction? There's a metric for that 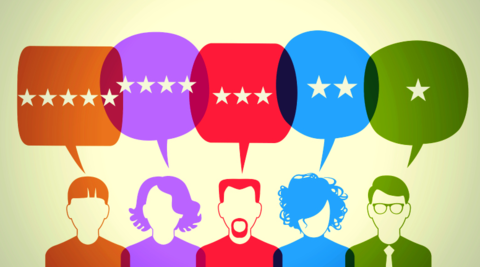 NPS looks at the number of happy vs. unhappy customers, so companies can stay on top of how customers are feeling.

To better keep tabs on their growth potential, a who’s who of companies are replacing or supplementing conventional customer satisfaction surveys with the Net Promoter System, or NPS.

Originally called the Net Promoter Score, NPS looks at the number of happy vs. unhappy customers and expounds on that so that companies can stay on top of how customers are feeling and how the companies can be more accountable to them.

The methodology is available to anyone who wants to apply it, and thousands of companies have, according to the NPS website. They include Apple, Comcast, JetBlue, Neiman Marcus and Procter & Gamble. As they used it, they modified the concept to include gauges of employee loyalty, too.

“As organizations developed and shared their experiences with Net Promoter, NPS itself evolved into much more than a metric,” according to the NPS website. “Though the science is still young, it has become a management system, an entire way of doing business. The initials themselves, NPS, came to mean Net Promoter system rather than just Net Promoter score.”

It focuses on referrals

Fred Reichheld, a fellow at Bain & Company, created NPS in 2003 after research showed that customer satisfaction surveys didn’t always provide company leaders with enough insight. One question emerged as the key one to ask customers: “What is the likelihood that you would recommend Company X to a friend or colleague?”

As a result, NPS surveys are usually two to three questions long, and the “likelihood” question is scored on a zero-to-10 scale. The overall survey score can be tracked weekly or monthly and broken down by business line, store, product or customer service employee.

Every company’s customers fall into three categories, according to NPS: promoters who encourage their friends to buy from the company, passives who are satisfied but could be attracted to competitors easily and detractors, who are unhappy customers. To calculate the NPS, take the percentage of promoters and subtract the percentage of detractors.

But the system is about more than high scores, which aren’t by themselves an insurance policy for growth, just an indication of a company’s current standing with customers. To get more feedback, NPS users do three things:

Companies can conduct surveys by phone, email or the internet, and they get results quickly, enabling them to follow up with any customer who gave a poor rating.

Ultimately, relative NPS scores are correlated with organic growth measures, and in most industries, they explained 20 percent to 60 percent of the variation in organic growth rates among competitors, the NPS site states. “On average, an industry’s Net Promoter leader outgrew its competitors by a factor greater than two times,” it adds.

To see NPS in action, consider software firm Symantec, which began using it in its Customer Business Unit in 2004, according to the Thematic blog. The unit increased its NPS by 50 percent for the Norton Internet Security and Antivirus lines and saw a 30 percent decrease in support costs.

Company scores are not readily available to the public, but ForeSee recently released its first report on scores for many big U.S. and U.K. retailers, such as Target and Amazon.