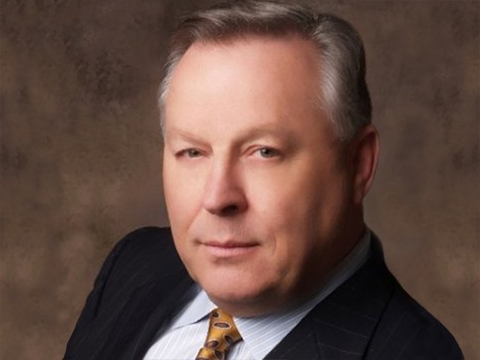 USPack Logistics CEO Jim Van Leenen is all about making it “the last mile.”

His company provides same-day and next-day delivery. And while it may not sound glitzy, it is an in-demand service.

“The consumer is moving toward ordering in the morning and wanting it in the afternoon,” Van Leenen told FierceCEO. “Additionally, products like medicine have to be delivered quickly.”

USPack offers delivery services that include envelopes, packages and pallets. The company provides services that, in addition to same-day delivery, include climate-controlled delivery, air freight and courier services, IT delivery and mailroom management. USPack works with dozens of clients in banking and finance, pharmaceutical, medical and legal industries, among others, Van Leenen said.

Acquisitions are a key growth vehicle

Founded in 1986, the company has, throughout its history, grown organically and through acquisitions. The acquisition approach is taken for reasons that include getting into new verticals, finding strong management and expanding into new geographic areas, Van Leenen said.

Van Leenen came to USPack through an acquisition. He was CEO of Fleetgistics in Florida when it was bought by USPack in September 2017.

USPack chose an outsider to lead the company because, “My entire career has been in logistics and I have a background in running companies owned by private equity firms,” which USPack is, Van Leenen said.

Before that, in 2016, USPack expanded by buying Best Courier and Delivery Services in Illinois and JS Logistics in Missouri. Terms of the acquisitions were not disclosed. With the purchases, USPack began operating in over half the states in the U.S.

Before Fleetgistics, Van Leenen was employed by Flash Global, a same-day hi-tech parts distribution and delivery company operating in 80 countries. He served as chairman from 2014 to 2015, CEO and president from 2007 to 2014, and acquisition executive from 2005 to 2007.

Van Leenen was also president of Sirva Canada and its international division from 1998 to 2004. Additionally, Van Leenen held senior leadership positions with GE Capital Equipment Leasing in Canada and Europe for eight years.

Recruiting can be tough

Van Leenen said that while business is good, there are also challenges. “My biggest one is recruiting and retaining qualified independent contract drivers,” he said.

With enterprises like Uber, “There is growing demand for a shrinking pool of drivers,” Van Leenen said.

With the emergence of ecommerce in the same-day space we had to buy a sophisticated piece of software that tracks packages for customers and provides the security of knowing who is delivering them.