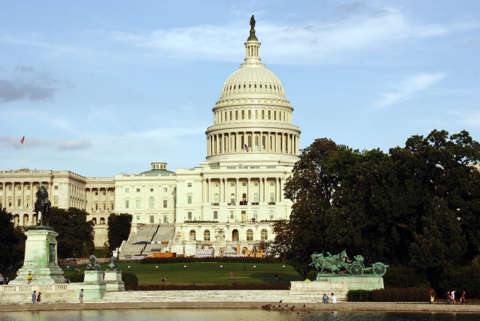 A rule just passed the U.S. House of Representatives that would allow consumers to participate in class-action litigation to resolve disputes about financial transactions. (Pixabay)

A new rule that has been in the works since the Obama administration—and that is designed to restore consumers' ability to collectively sue financial institutions—has survived its first challenge from Republicans in the U.S. House of Representatives, Reuters reported on July 31.

Should the rule take effect on August 10, as scheduled, it would allow consumers to participate in either arbitration or class-action litigation to resolve disputes about financial transactions entered into, starting 180 days after that date.

Many had expected Acting U.S. Comptroller of the Currency Keith Noreika to ask his colleagues on the Financial Stability Oversight Council to stay the rule within 10 days after it was listed as final in the Federal Register on July 10.

According to the Reuters report, Noreika had publicly argued with Consumer Financial Protection Bureau Director Richard Cordray, a Democrat appointed by former President Barack Obama, over whether the rule could endanger the banking system.

However, on July 31, Noreika gave up on efforts to block the regulation, saying that he had not had enough time to review it after the Federal Register listing.

In making that decision, he said, "Nothing so far diminishes my concerns that the rule may adversely affect the institutions within the federal banking system and their customers."

He further stated in a release on his own website, “The Final Rule prevents banks from using an effective risk mitigation tool and will eliminate one option consumers have to resolve their concerns without the cost and delay of litigation. Ultimately, the rule may have unintended consequences for banking customers in the form of decreased availability of products and services, increased related costs, fewer options to remedy consumer concerns, and delayed resolution of consumer issues. The rule may turn out to be the proverbial straw on the camel’s back.”

Other critics of the rule say class actions most often benefit lawyers, while arbitration is quick, cost-effective and provides hefty awards to complainants.

However, supporters believe that consumers are entitled to their own day in court and that arbitration can rig the process.

In the end, the rule may still be spiked—although Republicans hold a slim majority in the Senate and will struggle to gather enough votes to do the job.