From Facebook to Google to Microsoft, tech CEOs emphasize responsibility 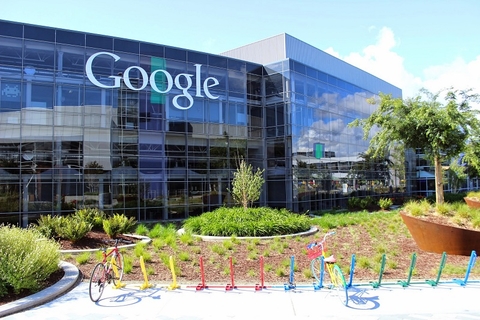 New technology is raising "very real and important questions" about the impact of advances, Google CEO Sundar Pichai said in a keynote. (Google)

A trending topic at the Facebook, Google and Microsoft developer conferences this month has been responsibility.

Facebook CEO Mark Zuckerberg barely had time to update his status after testifying on Capitol Hill about privacy and security on the social media site before the company’s conference May 1 and 2. Facebook has come under intense scrutiny over election meddling and data analytics firm Cambridge Analytica’s misuse of data from 50 million Facebook users.

“What I've learned this year is we need to take a broader view of our responsibility,” Zuckerberg said at the F8 conference last week—and during his testimony before Congress, according to a CNN article. “It’s not enough to just build powerful tools. We need to make sure they are used for good—and we will.”

At Google I/O this week, CEO Sundar Pichai demonstrated the Google Assistant’s ability to make phone calls and carry on conversations to the crowd’s amazement. But he also addressed the need to move forward carefully.

“It’s clear technology can be a positive force, but it’s especially clear that we can’t just be wide-eyed about the innovations technology creates,” Pichai said in his keynote address, according to the article. “There are very real and important questions being raised about the impact of these advances and the role they will play in our lives.”

To help customers rein in their digital usage, Pichai said the company will release an Android operating system in the fall that shows how much time users spend on specific apps and lets them set time limits, according to a San Francisco Chronicle story. Additionally, putting the phone face down could automatically put it in “do not disturb” mode, and users can set a time when the phone’s screen turns gray, forcing them to disconnect at bedtime.

What’s more, the article added, YouTube, which Google owns, announced plans for a feature that reminds video watchers to take a break.

“We feel a deep responsibility to get this right,” Pichai said in the article.

In a post on LinkedIn on May 8, Microsoft CEO Satya Nadella wrote that with opportunity comes great responsibility. “We must ensure technology’s benefits reach people more broadly across society and that the technologies we create are trusted by the individuals and organizations that use them,” Nadella wrote.

The company will work to build trust in three main areas, he added: privacy, cybersecurity and artificial intelligence. “We need to ask ourselves not only what can computers do, but what should they do?” Nadella wrote.

This shift toward accountability to customers and society is a welcome change, said Paul Argenti, a corporate communication professor at the Tuck School of Business at Dartmouth University, but action speaks louder than words. “The real proof will be in what they actually do—not in what they say,” Argenti said in the CNN article.

In the Chronicle article, Gene Munster, a managing partner at Loup Ventures, said that although addressing addiction to technology is good, Google failed to address privacy. “The tech narrative pendulum has swung from new services to privacy and control, and Google today was heavy on control and largely avoided the privacy topic because they did not want to step in something,” Munster said in the article.