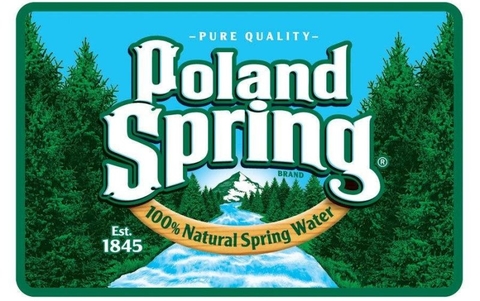 Stamford, Connecticut-based bottled water giant Poland Spring, a subsidiary of Nestle Waters North America, is facing a federal lawsuit seeking class-action status by 11 consumers who say its product is common ground water—and is not sourced from eight natural springs in Maine, as its website boasts—according to an Aug. 19 report from the Boston Herald.

“For more than 20 years, Nestle Waters’ marketing and sales of Poland Spring water has been a colossal fraud perpetrated against American consumers,” the 325-page suit, filed Aug. 15 in Connecticut District Court, says, alleging that the company is not complying with the federal definition of spring water.

Indeed, the plaintiffs assert that building a well to draw water from a large aquifer that happens to feed a spring popping up elsewhere “does not qualify the well water as spring water,” according to a story posted on Consumerist.

In a statement, Nestle defended its water, saying it comes from legitimate sources. “The claims made in the lawsuit are without merit and an obvious attempt to manipulate the legal system for personal gain,” a company spokesman said.

Stanley Tetenman, chairman of the Poland, Maine, Board of Selectmen, told the Boston Herald he could not speak to the company’s other water sources, but said he is confident water from Poland comes directly from the spring and praised the company’s involvement in the town.

“I know that the water they’re drawing from here in Poland, to the best of my knowledge, is truly spring water,” he told the Boston Herald. “Without Poland Spring water being here, we wouldn’t be the community we are.”

Nestle has said it is looking to expand in Maine as it tries to keep up with demand for bottled water.

Bottled water consumption nationwide hit 39.3 gallons per capita last year, while carbonated soft drinks fell to 38.5 gallons, marking the first time that soda has been ousted from the top spot, according to recent data from industry tracker Beverage Marketing.