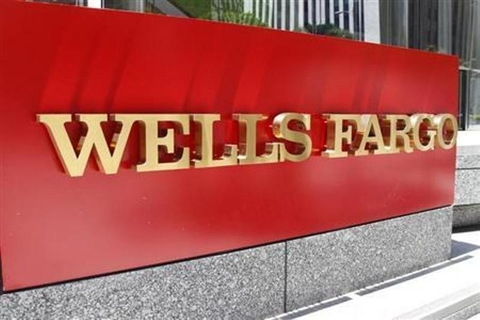 Two small businesses filed a proposed class action suit on Aug. 4 in U.S. District Court for the Eastern District of New York, alleging that Wells Fargo and First Data promised merchants transparent pricing for processing their credit and debit card transactions, but then proceeded to bill them unauthorized fees that were disguised by deceptive language in monthly statements.

In addition, the two small businesses are alleging the bank blocked merchants that tried to end the processing relationship by imposing “massive early termination fees,” according to an Aug. 11 report by CNN Money.

San Francisco-based Wells Fargo Merchant Services is a joint venture that is 60% owned by Wells Fargo and 40% controlled by Atlanta-based processor First Data.

The "overbilling scheme" targeted less sophisticated businesses by using "deceptive language" in a 63-page contract designed to confuse them, the suit claims. Indeed, a former employee of the Wells Fargo business told CNN Money that he was instructed to target these small businesses.

"We used to be told to go out and club the baby seals: mom-pop-shops that had no legal support," he said in an interview with the business news outlet. The former Wells Fargo employee spoke on the condition of anonymity, but CNN Money verified that he worked for Wells Fargo Merchant Services.

When he worked for the bank from 2011 through 2013, the staffer said, it was nearly impossible for business owners to leave the merchant agreement. "God would have had a hard time" escaping the contract, he said. "It really was like a shady used car deal."

One of the plaintiffs in the suit, Queen City Tours, a guided tour operator based in Charlotte, North Carolina, claims it was assessed monthly fees of $20 to $35 for failing to have a minimum number of transactions; as well as a $500 early termination fee after trying to leave Wells Fargo Merchant Services. What’s more, it claims that those fees were imposed after parties had signed a contract that promised there would be no such costs.

In the legal action, Queen City notes that its business is seasonal and that it has few sales during off-peak months.

"Promises were made by aggressive sales tactics and then broken," Adam Webb, a lawyer for the merchants told Reuters in an interview published on Aug. 7. The conduct goes back about 6 years, he added.

The second plaintiff, the Pennsylvania restaurant Patti's Pitas, which now has gone out of business, claims it was "pounded by excessive fees"—even after it went belly-up in May 2017.

The suit alleges that, when Patti's Pitas tried to get out of the contract, the eatery was told it couldn't because of a 3-year term of which the owner was completely unaware.

According to the Reuters report, statements sent to merchants described some fees as "interchange charges"—indicating they were imposed by a credit card network such as MasterCard or Visa—when, in reality, Wells Fargo Merchant Services kept part of those fees as profit, the lawsuit alleges.

Regarding the lawsuit, the bank told CNN Money, "We deny these claims and intend to defend against [them]." The company added that it believes its "negotiated pricing terms are fair and were administrated appropriately."

Wells Fargo declined to respond to the specific claims by the former employee.