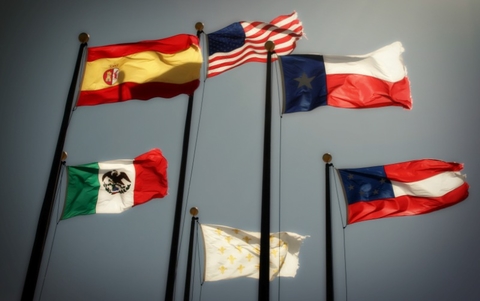 At Six Flags over Texas, only the U.S. flag is flying high.

Six Flags Over Texas is down to one flag

Six Flags Over Texas, the San Antonio property of the U.S. amusement park franchise, announced on Aug. 19 that it would only fly American flags following criticism that its current display, which it says represents all the nations whose flags flew over Texas in the past, served as a reminder of the Confederacy. The rebukes came in the wake of the alt-right demonstration in Charlottesville, Virginia, that took place on the weekend of Aug. 11. Six Flags previously flew flags of Spain, France, Mexico, The Republic of Texas, the United States and the Confederacy. "We always choose to focus on celebrating the things that unite us versus those that divide us," spokesperson Sharon Parker told USA Today. “As such, we have changed the flag displays in our park to feature [only] American flags." USA Today article

French luxury brand Hermès is enshrining skate culture by offering skateboards that retail for a cool $3,000, according to an August 17 report by Time. The boards—designed by the line’s artistic director, Henri d’Origny—are constructed of "light beech wood with a noble maple veneer." It will be sold at various Hermès boutiques worldwide, as well as online starting in late September. Time article

Pop-up site gets $4M in funding

Fatherly, a New York-based startup website for millennial dads, has raised $4M in venture funding from BDMI, the investment arm of German media company Bertelsmann, and United Talent Agency, Fortune reported. The company says it will use the capital to expand the scope of its content, launch a podcast, develop original video series and expand internationally within the next 18 months. Fatherly has created franchises like 940 Weekends, a reference to the number of weekends dads have to spend with their kids between birth and age 18; and the Father of the Year awards, which it hopes will lead to more events. CEO Michael Rothman told Fortune, “We do everything we can to make this space in your life feel aspirational rather than ho-hum, the end of your life,” Rothman says. “We’re trying to speak to people who probably felt like the 4.2 million mom blogs weren't for them.” Fortune article