Action heroes: Aetna and Apple in talks to offer fitness watches to policyholders 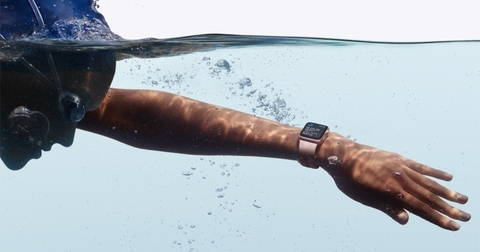 Aetna is taking a healthy interest in the Apple Series 2 smartwatch, a fitness tracker. (Apple)

Apple and Aetna held a series of secret discussions early in August focused on offering either a free or discounted Series 2 smartwatch to the 23 million consumers insured under Aetna’s medical, pharmaceutical, dental, behavioral health, long-term care, and disability plans, according to an Aug. 14 report by CNBC. The invitation-only talks included company executives, as well as hospital chief medical information officers from across the country.

The move by Aetna is part of its push to increase customer interest in a healthier lifestyle and a better diet, said an industry source. The Series 2 Apple Watch includes built-in GPS capabilities, a heart-rate sensor, and a comprehensive fitness app. It is also water-resistant to a depth of 50 meters (or 164 feet).

The Hartford-based insurer already supplies the wearable technology to each of its 50,000 employees as part of its corporate wellness program. Now, Aetna is negotiating with Apple on a plan to offer the device as a perk to its members.

Apple's Myoung Cha, who has led a unit called Special Projects, Health, for the past two years, led the negotiations, said an industry source. The move could be a boon in sales for Apple Watch, CNBC commented, noting that the Cupertino, California-based technology brand recently overtook San Francisco-based Fitbit as the top-selling wearable heart-rate tracker, with shipments reaching 22 million for the first three months of 2017, according to research firm Strategy Analytics. The next version will reportedly feature a new design, as well as wireless connectivity, allowing it to work off the Internet without a nearby iPhone.

As CNBC previously reported, Apple is quietly developing new health sensors that would make its devices a "must-have" for millions of people with chronic diseases. The company has a stealth project team working on adding continuous and noninvasive blood sugar monitoring to its hardware, which would be a game-changer for those who suffer from diabetes.

One of the industry informants said Aetna's proposed timeline is early next year. Apple and Aetna declined to comment.