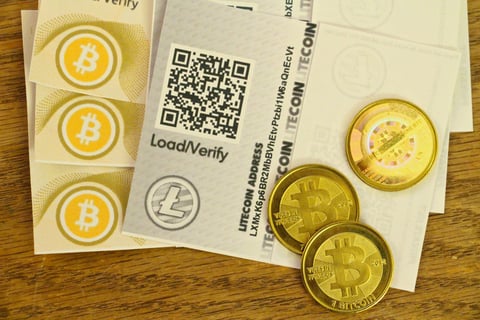 The pizza company's initial coin offering is part of a growing trend. More than $2 billion has been raised through 140 ICOs this year. (Zach Copley/CC BY-SA 2.0)

The chief executive officer of San Francisco-based Pythagoras Pizza wants employees and customers to get a piece of the pie through a new digital currency called fragments.

The idea is that workers and Pythagoras patrons would have a vested interest in the pizza-on-demand company’s success by earning “fragments,” a Business Insider article explains. Drivers earn fragments when they deliver orders, and chefs will get some for every pizza they make. Customers will get fragments for referring friends.

“The better Pythagoras’ business performs, the more each fragment will be worth,” the article states. “It means that whether you work for Pythagoras for two weeks or two years, you’re earning some kind of stake in the company’s future performance, commensurate with your contribution.”

But unlike stock options, beneficiaries don’t have to wait until they leave the company to reap their rewards.

Evan Kuo, the man behind the plan, likens it to the American Dream: “The tokenization of regional B2C service businesses can actually usher in a new era of economic mobility for working-class Americans,” Kuo said on the company’s website. “In this radically fair model, hardworking contractors and employees in the service industry will see the potential for economic mobility currently reserved for private technology startup employees.”

“Our model scales token demand with sales revenue implicitly,” the website adds. “This ensures that token value appreciates as a function of growth rather than pure speculation. Customers will be able to purchase goods and services using our token, but we don’t assume the near-term mainstream adoption of crypto-wallets and will primarily receive payments in fiat near-term.”

Tokenization isn’t new. Perhaps the best-known example of cryptocurrencies is Bitcoin, a currency created in 2009 that can be used anonymously and without banks handling the transactions. Like Bitcoin Cash, peer-to-peer electronic cash for the internet which launched Aug. 1, Kuo’s currency will use blockchain technology, which provides a decentralized database that tracks the currency, the article states. The fragments will get a base value as Kuo sells tokens to U.S.-based investors.

ICOs, or initial coin offerings, have been on the rise, with more than $2 billion being raised through 140 ICOs so far this year, according to Coinschedule. And they’ve drawn the attention of regulatory agencies.

In July, the U.S. Securities and Exchange Commission issued an Investor Bulletin cautioning investors to be wary of ICOs because they’re popular among fraudsters. In it, the agency provided tips on what to consider before participating in an ICO, such as asking what your money will be used for—and how you can get it back—and whether the blockchain is public.

“If fraud or theft results in you or the organization that issued the virtual tokens or coins losing virtual tokens, virtual currency or fiat currency, you may have limited recovery options,” the bulletin states.

Kuo isn’t worried, though. “The expectation is that with the right up-front work, we can get to a top level of compliance,” he told Business Insider.