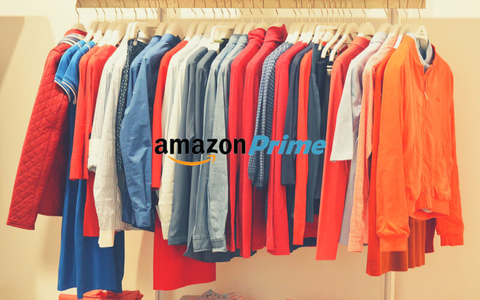 Prime customers pay for their membership and come back often to shop. (Cerillion Skyline/CC BY 2.0)

Businesses can’t survive without customer loyalty, and few companies know how to keep buyers coming back like Amazon does—and that’s a main reason analysts predict big growth for the online retailer in the coming months.

Financial services firm UBS raised its price target on Amazon this week by $100 to $1,200, adding that shares could go 60% higher and rival Apple’s numbers within 12 months. What’s more, a survey by RBC Markets found that 93% of the 2,200 Americans it canvassed said they used Amazon more than other online retailers in the past year, according to a Business Insider story. The gap between Amazon and the next closest retailer, eBay, is 59 percentage points this year, compared to 52 points in 2015.

“Such upside could be driven by: 1) better than expected sales stemming from Prime subscriber growth; 2) success in new geographies and new product verticals within its eCommerce competency; 3) better than expected overall retail sales; and/or 4) little to no long-term headwinds stemming from hardware/software/service sales from competitors such as Apple and Google,” UBS analyst Eric Sheridan wrote in an investors note, according to a July 17 CNBC article.

And then those Prime customers shop. Almost half of them spend at least $800 at Amazon and 74% shop Amazon at least twice a month, the article states. Sheridan predicts that subscriptions will grow through 2020, and more eyes on the website translates into more opportunities for Amazon to sell ads.

The businesses that Amazon works with are also loyal to the company. For instance, Amazon makes their lives easier with its Fulfillment by Amazon service, which takes the burden of storing, packing and shipping off the retailers’ hands—for a fee.

With Amazon’s recent acquisition of Whole Foods, Prime loyalty is likely to increase. Additionally, its original TV programming garnered 16 Emmy Award nominations, which could drive more customers who want to access that content.

The only service from which the company might not see Prime effects is Amazon Web Services, its cloud computing and storage platform. But even that is a money-maker on its own. UBS estimates it will earn $4.13 billion this year and have a 20% annual growth rate through 2020.