In Hawaii, Safe Harbor and CanPay ensure that cannabis is no longer a cash-only business 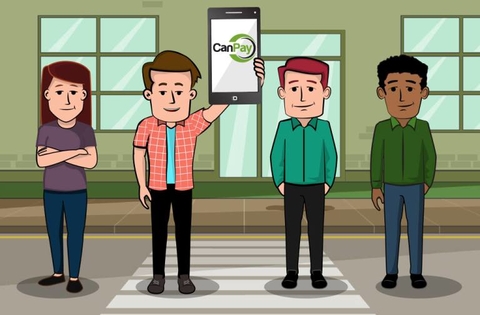 An entrepreneur and a bank have made buying medical cannibis in Hawaii a cashless experience. (CanPay)

This marks the first time banking partners, regulators and cannabis licensees have worked together to bring banking solutions to a previously unbanked legal medical marijuana market.

“This solution for the dispensaries to conduct banking services in an entirely cashless method would directly address many concerns we have and problems encountered by the dispensaries,” said Iris Ikeda, Hawaii Financial Institutions Commissioner, during a press conference in Honolulu.

While Ikeda said she is grateful the Denver-based credit union has stepped in to fulfill this need, she hopes that a financial institution based in Hawaii opens accounts for cannibis-using patients and businesses in the future.

Despite 29 states, as well as the District of Columbia, allowing the purchase and use of marijuana in some capacity, opening and accessing bank accounts at federally insured financial institutions remains difficult.

But the new partnership aims to increase convenience, transparency and security for both dispensaries and their patients.

In a joint release, Safe Harbor CEO Sundie Seefried said because the cannabis banking compliance program was tested in Colorado, it will keep the citizens of Hawaii safe as the state launches legal cannabis. In the Colorado market possession of one ounce of marijuana is legal for adults 21 years of age or older.

According to the press release, Safe Harbor banks more than $1 billion in compliant cannabis funds annually and will be providing banking services to all eight licensees in Hawaii. CanPay is currently available in close to 60 dispensaries across seven states: Washington, Colorado, California, Maine, Florida, Oregon and Hawaii.